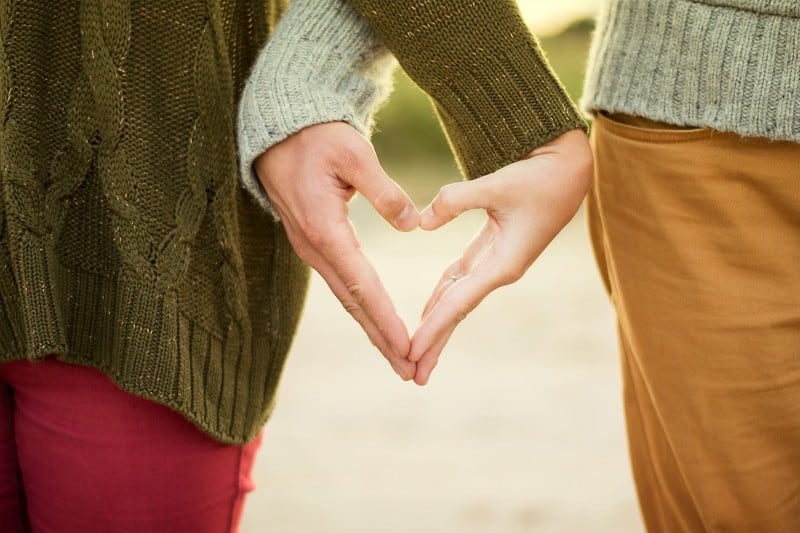 Oxytocin is a hormone released during childbirth to help mothers bond with their babies and during orgasm to help couples form an intimate attachment. The brain also releases low levels of oxytocin during any form of human contact such as a hug or a handshake. Research indicates that oxytocin plays a critical role in social relationships and has the potential to be used therapeutically. Recent studies have uncovered the following incredible effects of oxytocin.

A study published in the Journal of Neuroscience investigated whether oxytocin contributes to the maintenance of monogamous bonds. The 57 adult male participants were given a nasal spray containing either oxytocin or a placebo. With a huge portion of males admitting to cheating it is clear humans have room for improvement if we want to work toward monogamy. An attractive woman stood in front of each subject and moved towards them and away from them. The men were asked to determine when she was close enough to make them feel uncomfortable. The men who had received oxytocin and were in monogamous relationships stayed an average of 4-6 inches further back than the others. Researchers concluded that oxytocin may help men in relationships to avoid sending signals of interest to other women.

Researchers at the University of Bonn recruited 40 young men who said they were in long term relationships and passionately in love. They were given either nasal oxytocin or a placebo spray and asked to rate the attractiveness of women in photos. The images included pictures of their partners mixed in with those of acquaintances and strangers. The men who received oxytocin perceived their partner as more attractive than the other women. Scans showed that the reward system in their brains became activated when viewing their partners, but not when looking at other females.

Researchers at the University of Zurich gave nasal oxytocin to couples and asked them to talk about an issue that often led to disagreement or fighting. Their communication was observed and the results were compared to couples who didn’t get the hormone. Oxytocin improved communication for both men and women.

The men on oxytocin also showed an increase in an enzyme called salivary alpha-amylase (sAA) which is linked to social stress and heightened emotions. Scientists believe that this emotional response in oxytocin-infused men may make them engage with their partners more and become better communicators.

Cosmetic Treatment Insurance – Everything You Need To Know

Researchers at Ohio State University investigated the relationships between marital behavior, oxytocin and wound healing. Couples were admitted to a hospital research unit and small blister wounds were created on their forearms. They then participated in a ‘social support interaction task’ and their communication was monitored. Blood samples revealed that couples who showed more positive communication behavior had higher levels of oxytocin. The blister sites were examined daily. Wounds healed faster in individuals with high levels of oxytocin than in participants with low levels.

A study at Claremont Graduate University found that oxytocin made men more likely to donate to a cause. The 41 participants were given nasal oxytocin or a placebo and asked to watch16 public service ads. When given an opportunity to donate to the featured causes, the men on oxytocin gave 56% more money than the men in the placebo group. In another study 60 women gave blood samples before and after receiving a $24 gift from a stranger. They were told they could keep all the money or return a portion of it. Those who showed a higher increase in oxytocin after receiving the money returned more of it.

It helps people to ‘forgive and forget’

Researchers at the University of Zurich investigated the role of oxytocin following breaches of trust. The 49 study participants were given either placebo or oxytocin via a nasal spray. They were instructed to act as financial investors during several rounds of a game played with different trustees. Halfway through the game, participants received feedback indicating that about 50% of their investments had not been returned due to breach of trust. In the following rounds, the placebo group decreased the amount they were willing to invest. The oxytocin group continued to invest at similar rates even though they had been taken advantage of. Scans showed that they had decreased responses in areas of the brain linked to fear of betrayal.

It could provide a treatment for anorexia

Researchers at King’s College London investigated the use of oxytocin as a potential treatment for anorexia. In one study, 31 patients with anorexia and 33 healthy controls were asked to look at sequences of positive and negative images relating to weight, body shape and food. The researchers measured how quickly the participants identified images when they were flashed on a screen. The subjects were then given either a dose of oxytocin or a placebo and asked to repeat the test. Anorexic patients who were given oxytocin reduced their focus on negative images of high calorie food and fat body parts.

It could provide a treatment for autism

Researchers at Israel’s Seaver Autism Center examined whether oxytocin could increase empathy. The social competency of 27 healthy adult men was measured using an AQ test which is usually given to autistic patients. The men were given either nasal oxytocin or a placebo and asked to perform a task designed to measure their ability to read the thoughts and feelings of others. All of the socially proficient participants performed well on the empathetic task. The less socially competent men performed significantly better on oxytocin, becoming as empathetic as the outgoing participants. Researchers concluded that oxytocin has the potential to treat social deficits in people with disorders like autism.

Alexander Dance is a full-time copywriter and web designer and a part-time fitness and lifestyle enthusiast.

After three years stuck in an office chair, Alexander had a quality of life make-over and has become a fierce advocate for keeping fit and healthy, no matter what you do in life.

What Causes Bad Skin and How Can You Prevent It?

Emma Sturgis Jul 23, 2019 0
A smile is one of the first things people notice on a person. No amount of designer handbags or red bottom…

The Right Approach to Your Aging Loved One’s Home

4 Annual Checkups for Keeping Your Health in Check

Is hypnosis to answer to weight loss in Utah

6 Ways to Best Take Care of Your Dentures

How Medical Professionals Should Manage Their Time and Tasks