The 5 Most Effective Ways To Combat Hair Loss Today 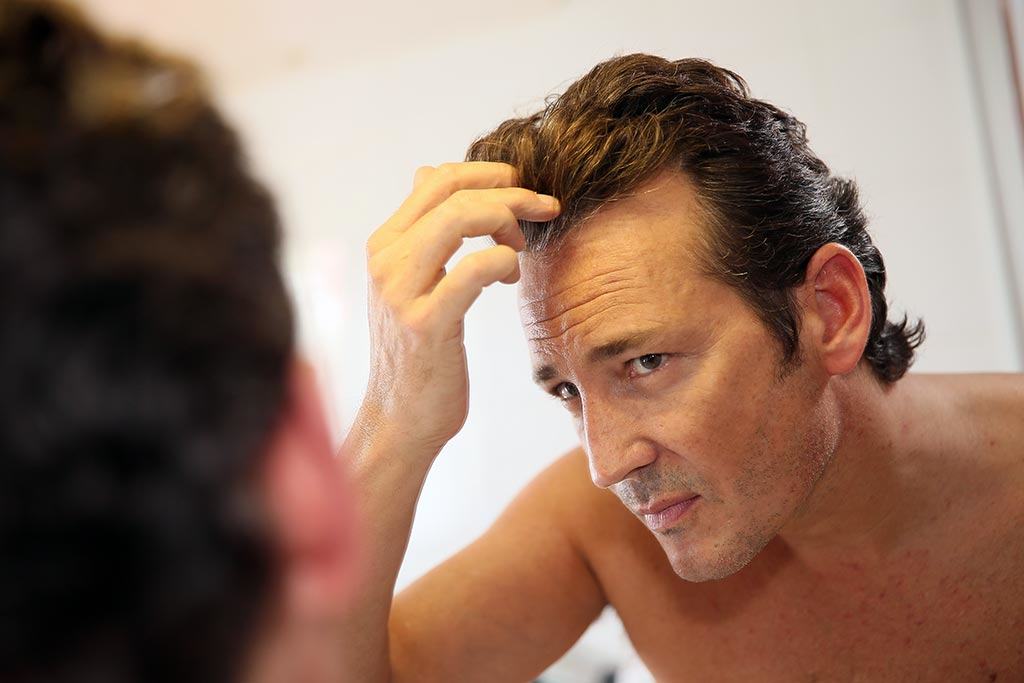 As we age, we may inevitably come up with an unexpected challenge; hair loss. Though primarily occurring in men, there have been an increasing number of cases popping up in women as well. This brings us to the real question: can hair loss be prevented? Or is it impossible given genetic predisposition? In this article we give you the 5 most effective ways to combat hair loss.

Does Everyone Experience The Same Type Of Hair Loss?
No, there are actually many different types of hair loss conditions that can occur as a result of external stimuli, medical conditions or even using particular prescription drugs. However, the type most common among men and women is the type called Androgenetic Alopecia.

The Causes Of Hair Loss
Though no one knows with 100% certainty what is responsible for the ultimate cascade of hair loss, research has revealed significant correlations that promote the condition. If you are extremely concerned with maintaining your hair count, the following are things to watch out for:

Best Options To Manage Hair Loss
If you’ve yet to experience hair loss, but have a family history, there is no better time to get hold of it. However, even if you have started experiencing some degree of loss, there are still great options you can use to stop and even reverse the loss thus far.

The best options include:

Minoxidil
The most popular hair loss treatment on the planet, it works by increasing blood flow to the nutrient starved follicles. It functions similarly to the bodybuilding supplement L-arginine which promotes nitric oxide synthesis.

Ketoconazole
An anti-fungal medication which also possesses potent anti-androgenic effects. Ketoconazole is one of the most popular hair loss treatments, as it is able to treat hair loss from two causes (fungi and DHT related).

Ketoconazole binds to the androgen receptors found on hair follicles and prevent DHT from interacting at that site. A ketoconazole shampoo is one of the best options you can employ in your hair loss battle, as the oral medications will have negative effects in men.

Spironolactone
Originally a diuretic used in treating hypertension, it functions in a manner similar to ketoconazole by binding with androgen receptors and preventing the effects of DHT from occurring. However, it must be used topically, as oral medication also causes negative effects on men’s hormonal health.

Progesterone Cream
This hormone was shown in studies to be able to suppress DHT production (a 5-alpha reduce inhibitor) as well as estrogen levels, helping prevent estrogen dominance. Progesterone decreases fast past age 45, and could explain the increase in estrogen levels that occur at this point. A European study was also able to find that DHT creams were useful in treating enlarging prostate (BPH) showing that estrogen may be more of a cause than believed.

Soy Isoflavones And Capsaicin
The combination synergistically increases levels of dermal IGF-1, as a study demonstrated the connection between IGF-1 and hair loss.

Conclusion
When it comes to treating hair loss, no one particular treatment is superior to the other. In fact, the best therapies used more than 1 product, as well as a good shampoo that fights thinning hair.

For best results use the following:

Finasteride (Proscar, Propecia) was not included in this list owing to its SEVERE negative effects on men who currently, and previously used it. A study is being done to determine why previous users develop debilitating mental and sexual issues, and to ultimately advocate for its removal from sale.

Alex Eriksson is the founder of Anabolic Health, a men’s health blog dedicated to providing honest and research backed advice for maintaining optimal male hormonal health. Anabolic Health aspires to become a trusted resource where men can come and learn how to fix their hormonal problems naturally, without pharmaceuticals. Check out anabolichealth.com to learn more about Alex and his work. You can also find him on Twitter, Pinterest and Facebook.

Making The Most Of The Time: 10 Good Habits Can Help You Prevent Disease

4 Tips On How To Make Quick Healthy Meals

Jerin Merina Nov 24, 2016 0
Many people who eat unhealthy processed foods and takeaways normally do so under the guise of stressful cooking…

Guide on Essential Oils for Athlete’s Foot and Treatment

Suffering from Sciatica: 4 Ways To Make Back Pain More Bearable

Baby Injured During Birth? 3 Strategies To Get Your Family Back On…

Essential differences between yoga and Pilates

Our Top 3 Popular Diets For Tightening That Waist

From Injury to Recovery: What Can Physical Therapy do for You?