Depression, the endocannabinoid system and the potential of CBD

CBD is proving to be a helpful remedy for depression, thanks to its promotion of anandamide, a natural antidepressant. 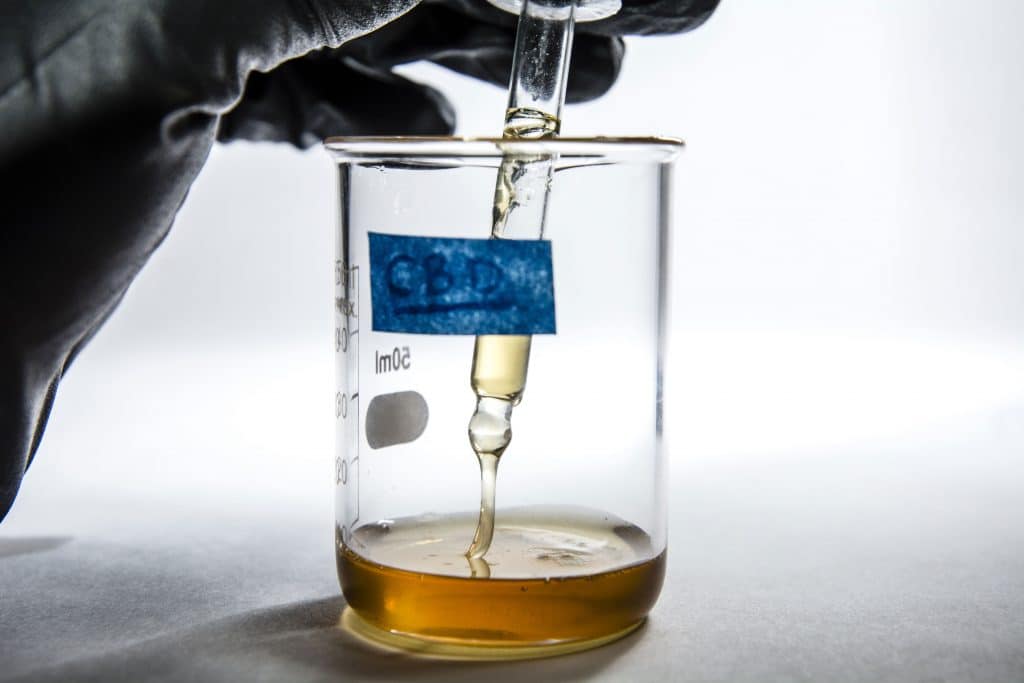 Depression is one of the most concerning illnesses that the world faces today. In 2017, the World Health Organization revealed that more than 300 million people around the globe have the mental disorder, with almost a 20 percent rise between 2005 and 2015.

According to the National Institute of Mental Health (NIMH), 6.7 percent of US adults experienced at least one major depressive episode in 2016. Drill down on that statistic that women are affected the most by major depression, with 8.5 percent having an episode compared to just 4.8 percent of men. The 18-25 age bracket was the worst affected, with 10.9 percent having a depressive episode.

By the NIMH’s definition, depression symptoms must persist for two weeks or longer to be considered a major depressive episode.

Thankfully, the world is waking up to the debilitating effects of depression and mental health issues, however with selective serotonin reuptake inhibitors (SSRIs) – usually the first medicinal port-of-call for depression patients – proving worryingly ineffective (albeit still better than a placebo), scientists and doctors are desperately seeking new solutions. It just so happens that the cannabis plant – or at least part of it – may have a vital role to play in the future of depression medication.

It’s important to remember that when cannabis was made illegal pretty much worldwide during the first half of the 20th century, little was known about the complexity of the plant. THC, the psychoactive cannabinoid which makes you high was not discovered and isolated from the rest of the herb until 1964, and since then we have found that cannabis has a minimum of 113 cannabinoids, and a host of other advantageous compounds, such as terpenes.

The most interesting cannabinoid from a medicinal perspective is cannabidiol (CBD), which is non-psychoactive but teeming with therapeutic properties. CBD has shown promising potential as a treatment for depression, anxiety and more. There are several ways to take CBD, but one of the most efficient is with CBD cartridges – these contain CBD oil that can be vaped. A Care By Design survey which looked at the most common reasons people take CBD found that the participants who used it for depression had an average mood boost of 55 percent.

With science now linking major depression with brain inflammation, this perhaps gives us a clue to why CBD helps as much as it does. CBD is not just an anti-inflammatory, but also a neuroprotectant. The US federal government has even taken an interest in the neuroprotective effects of cannabinoids and was granted a patent for their use as neuroprotectants and antioxidants back in 2003.

CBD is not considered psychoactive; however, the compound often has a positive effect on mood. Many patients who take CBD for physical complaints find that as well as treating pain or inflammation, it also improves their sense of wellbeing, something that is rarely – if ever – found with prescription drugs. This is down to the system that CBD operates in: the endocannabinoid system.

It is somewhat ironic that cannabis is now being considered as potentially beneficial for mental health, when it was once disregarded as a hallucinogenic menace which causes psychosis and schizophrenia.

And it’s not just CBD that helps. Patients with post-traumatic stress disorder (PTSD) find that adding THC to the mix helps to eradicate negative memories, such as flashbacks. Research has found that those with PTSD often have lower levels of the endocannabinoid anandamide, which happens to be known as the ‘bliss molecule’ or the ‘human THC’.

Anandamide is also a natural antidepressant, that is essential for good mental health. German research published in the Proceedings of the National Academy of Sciences of the United States of America journal in 2015 found that the so-called ‘runner’s high’ occurs when anandamide crosses through the blood-brain barrier, and not from endorphins as initially thought. Some people have more anandamide naturally in their body than others, and those with a deficiency can benefit from topping it up – this can be achieved naturally with CBD vape oil.

A study featured in Nature back in 2012 found that CBD boosts anandamide signalling and reduces the psychotic symptoms of schizophrenia. Unlike THC, CBD does not work in the endocannabinoid system by replacing anandamide, but by stopping the breakdown of it. This happens thanks to CBD’s inhibition of the FAAH enzyme, which is responsible for anandamide degradation.

Therefore, CBD essentially boosts levels of anandamide in the body, which explains the cannabinoid’s antidepressant effects.

It’s clear, that with no significant development in mental health medicine since the introduction of SSRIs in the late 1980s, that researchers must seriously consider new treatments. At present, CBD and medical cannabis as a whole has shown potential against depression and other illnesses. Not to mention, the advent of CBD e-liquid and other smokeless methods of consumptions has made medicating with cannabis much safer.

The next stage is for scientists to zone in on how cannabinoids can best be used to treat various conditions. For example, a neuroprotective medicine may perhaps not just require CBD, but cannabichromene (CBC), a non-psychoactive cannabinoid with neuroprotective and neurogenesis properties.

Treat Your Feet: 4 Common Foot Problems and Their Solutions

You Shouldn’t Fear Injury from Working Out!

You’ve Seen the Treatment Commercials, but What Exactly Is Fibromyalgia?

Emma Sturgis Jun 21, 2018 0
Fibromyalgia is a serious medical condition that can cause debilitating effects among sufferers. This condition…

Why Use Compression Boots? Here Are 5 Amazing Benefits They Offer!

What Can a Sports Medicine Doctor Do For Me?

What Are the Benefits of Entering a Treatment Center?