The Ins and Outs of Facial Exfoliation 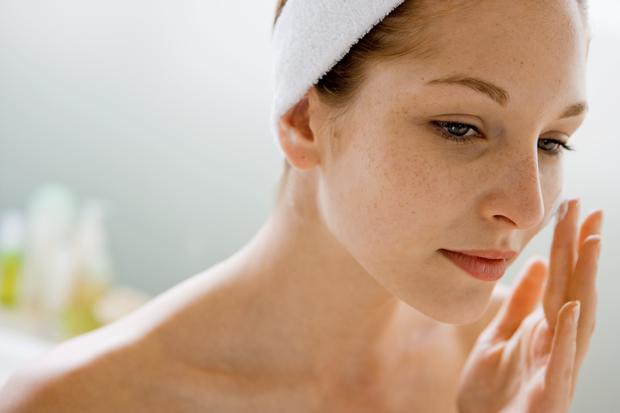 When natural substances or chemicals are used for removing the top layer of dead cells on the skin; this treatment is defined as exfoliation. This treatment can be used on any part of the body, but the most popular is facial exfoliation because it allows your skin to feel softer and also brightens the appearance of individuals considerably. Every day, the pores of the face are clogged by makeup, pollution and dirt. In this situation, skin tends to look duller than its normal color, becomes flaky and the effectiveness of various facial products such as moisturizer is eradicated. This dirt can be removed with the help of exfoliation and texture of the skin can be improved and smoothed out in this way.

Exfoliation is also very useful in preventing breakouts because it aids in keeping the skin clean and if it is done before people go out in the sun; they can also retain their tan. The skin tends to become more vibrant and brighter once its texture is smoothed out. Exfoliation can also be beneficial in promoting blood circulation due to which it makes the skin feel softer. Once exfoliation has been done, people will be able to get rid of the dry flaky patches of skin as their skin will start retaining more and more moisture. The appearance of wrinkles and fine lines on the skin can also be eliminated in this manner.

Natural products can be used for performing facial exfoliation. These include creams that have small pieces of grit in them such as pieces of apricot kernels that remove the top layer of dead skin cells by rubbing against the skin. It is also possible to do face exfoliation chemically. Certain chemicals are used for replacing grit when this form of exfoliation is being done and they will also perform the same function. Salicylic acid, citric acid and fruit enzymes are some of the chemicals that are often used for this purpose.

However, natural products are more preferable for people as chemical exfoliation can prove to be immensely costly for most. Moreover, the skin becomes extra sensitive after chemical exfoliation and people have to exercise caution such as avoid sun exposure etc. There is also an affordable and do-it-yourself at the disposal of people, which involves purchasing exfoliating creams or making your own with home recipes that include oatmeal scrubs and sugar. Nevertheless, people need to be very careful if they have sensitive skin. Another inexpensive option that can be used includes the use of exfoliating gloves instead of any creams for achieving the abrasive effect.

A number of beauty stores and supermarkets have these gloves and they are priced reasonably. Also, people should not rub their skin too hard when they are doing the exfoliation on their own. Being too rough can damage the skin and cause blood vessels to burst. Following exfoliation, it is also recommended that moisturizer should be used on the skin to prevent it from going dry. In this way, the facial appearance can be kept healthy and glowing.

How to Get Nice Skin without Using Makeup

How to Thicken Your Hair in Easy Ways

lasalabs Sep 23, 2016 0
Spartagen XT is a dietary supplement presented by Edge Bioactives that has claimed to proffer "advanced…

How is Asthma Diagnosed?

You’ve Seen the Treatment Commercials, but What Exactly Is…

Guide on Essential Oils for Athlete’s Foot and Treatment

3 Ways to Use Natural Remedies