Spirulina may not be from Pandora but it grows on our magical moon- Hawaii among other exquisite locations across the globe. The blue-green algae (cyanobacterium) which can be consumed by man and fowl alike, is one of the most researched freshwater plants among healthy diet recipes. Reported to contain about 60% of protein required for a healthy living, you may have chanced upon it as an ingredient in beverages, natural supplements and energy bars, whose benefits are so legendary it may help you revitalise your health if consumed regularly. 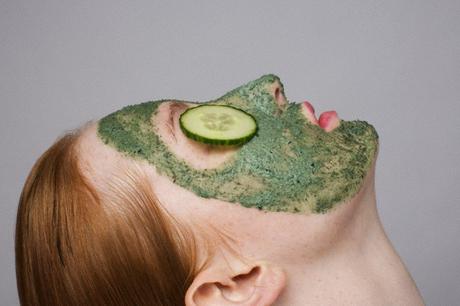 These are some of the benefits that can be obtained from regular consumption:

The chemical composition of spirulina implies the heavy dose of energy bound protein constituents in it. Taken in a moderate dose regularly, it can do wonders to rejuvenate your mental health and muscles.

According to Japanese researchers, Phycocyanin, a pigment found in the spirulina, possesses antihypertensive effects (it lowers blood pressure) Since metabolic syndrome is one of the most preventable diseases and a leading concern for strokes, spirulina helps combat it.

Up until recently, epidemiologists have been puzzled trying to understand why people in Japan, Korea and Chad have relatively low HIV/AIDS rates. One possible explanation, revealed in a 2012 study published in the Journal of Applied Phycology, may be the amount of algae people in these areas regularly consume!

When researchers took 11 HIV patients who have never taken antiretrovirals, they split the participants into three groups: one that was assigned to eat 5 g of brown seaweed every day, one that was to eat 5 g of spirulina, and one that ate a combination of both. After the three-month trial period was complete, two key findings were discovered:

The results were so promising that one participant volunteered to continue the study for an additional 10 months, and this participant actually benefited from “clinically significant improvement in CD4 and decreased HIV viral load”!

Without a healthy populace of microflora in our body, we are more open for sickness and infections. In fact, leaky gut syndrome and improper digestion are directly connected to microfloral imbalance. Not only is invasive candidiasis the leading cause of mycosis-related death in the United States, candida overgrowth has become the hallmark sign for most autoimmune diseases today.

Because of our shift toward a diet rich in sugar and unnatural ingredients, antimicrobial resistance and ineffective antifungal drugs, we have seen a significant rise in yeast infections since the 1980s.

Specifically, spirulina benefits have been shown to promote the growth of healthy bacterial flora in the intestines, which in turn inhibits Candida from thriving. Additionally, the immune-strengthening properties of spirulina will help the body eliminate Candida cells.

After giving 24 patients affected by chronic arsenic poisoning spirulina extract (250 mg) plus zinc (2 mg) twice daily, they compared the results with 17 patients who took a placebo and found that the spirulina-zinc combination worked wonderfully. Ultimately, the participants experienced a 47% decrease of arsenic in their body!

According to the University of Maryland Medical Center, “A number of animal and test tube studies suggest that spirulina increases production of antibodies, infection-fighting proteins, and other cells that improve immunity and help ward off infection and chronic illnesses such as cancer.”

This doesn’t come as a surprise as more than 70 peer-reviewed articles have been published in the scientific literature evaluating spirulina’s ability to affect cancer cells! Spirulina is also rich in tetrapyrrolic compounds closely related to bilirubin molecule, a potent antioxidant and anti-proliferative agent.

Everyone Deserves a Full Set of Teeth: Dentures Aren’t Just for the Elderly

Emma Sturgis Jan 31, 2018 0
Here is a quick look at just a few of the benefits of dentures and some signs that it might be time to consider…

Needing Microneedling Near Me

Unwanted Pregnancy – What to do? – Check Out Some Birth Control…

All You Need To Know About Turmeric And Its Supplement