How Are There 3 Million E-cigarette Users in the UK?

It looks cool; it tastes better; it is much safer; are some of the reasons you will hear vapers give today in light of the recent spike in vaping around Europe. The Euro monitor puts the current e-cigarette user number at about 35 million, which is a massive increase from the 7 million that it was at in 2011. 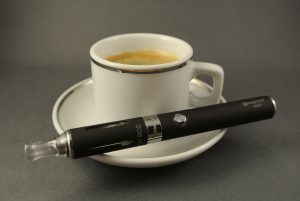 The Euro monitor ranks the UK as the largest e-cigarette market in Europe, boasting of over 2000 e-cigarette stores. It says that the number of vapers in Britain has more than tripled over the past five years to stand at about 3 million since the introduction of e-cigarettes.

In their campaign to fight against smoking, Public Health England has been encouraging smokers to take up vaping as a gateway to managing their addiction. According to them, e-cigarettes were less harmful than tobacco cigarettes and could be used as a substitute to help fight cigarette addiction. PHE suggested that more e-cigarettes outlets be opened up where they can be prescribed to smokers who are trying to quit.

Since its introduction in 2015, the new flavored brand of e-cigarettes, JUUL, has risen in popularity, especially amongst the youth who saw vaping as a “cool” way of smoking. According to reports by Public Health England, about 30 percent of teenagers who used JUUL had never smoked before and only tried vaping because it looked fun and the flavors made it easier for them to try out.

The PHE report also suggested that most of these new vapers only knew that JUUL was a flavored version of e-cigarette, but, very few understood that it also contained nicotine, which was addictive and harmful to their health.

You can always trust kids to create something fun out of anything, and true to it, they have been able to come up with a sport that involves vaping. Cloud chasing, which is the new favorite sport adored by vapers, has been making waves in the US and the UK where competitions have been held.  The most well known e-cig brands that are used for this sport are the vape pens and vape mods. This sport has been a huge hit, especially for the young at heart, who would eventually try it out, thus helping increase the market for e-cigarettes.

With the drastic rise in e-cigarette market in the UK, Public Health England has thus been able to summarize the following as some of the major reasons for vaping:

It is less harmful compared to the normal cigarettes

It comes in different flavors that are attractive to many

It is easily accessible to young people

It doesn’t bother people as much as tobacco cigarettes

It is cool to the young generation

4 Simple Procedures That Can Help Your Blurry Vision

Is IV Therapy Good For You?

Martins Straume Feb 14, 2020 0
IV therapy is a fast, effective way to replenish vitamins and minerals in the comfort of your own home, or any…

Deafness Dangers: Safety Tips for the Hard of Hearing

Why Health Checkups Matter Just as Much When You’re Healthy