The Most Common Personal Injuries And How You Can Avoid These 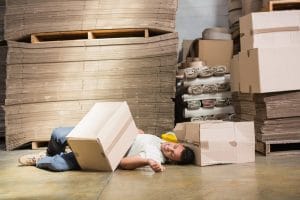 Around the world, there are millions of lawsuits filed every year and perhaps one of the most common ones is a personal injury claim. While we can fall into accidents sometimes by our own carelessness, there are a few exceptions in which an injury or accident was caused by an external party who should be held responsible for the injuries you have obtained and the damages caused—this is when the need to file for a personal injury claim comes in.

To further enlighten you on the subject matter, here are some of the most common personal injuries and tips on how you can avoid these:

People admit themselves as patients in a hospital in order to be cured or to get treatment for their injuries. While you rely on your doctor with regards to your health all because “your life is in their hands,” sometimes this doesn’t happen the way you’d expect it to. From misdiagnoses, botched surgeries, and even death—medical malpractices are a living nightmare to consider that the hospital is supposed to be your comfort haven when it comes to your declining health.

Slipping and falling may seem like an ordinary accident at first but its damages can be life-threatening and worse—fatal. A simple slip and manner of recovering from the fall can have extreme effects on your body such as permanent damage to your hips, back, and neck. The cause for these accidents vary a lot from the simple negligence of forgetting to put a “Slippery Floor” signage on a newly-mopped floor to not covering a manhole resulting in somebody’s fall into the pit.

An average adult spends a lot of time at work with the standard 9-5 clock-in time and in that specific period of time, a lot of things can happen along the way: from slow-developing injuries such as carpal tunnel, to paralyzing accidents from working as a stunt double, to death from falling in a mixing machine while simultaneously being buried in hot caramel.

Despite extensive quality control imposed on the production process of products sold on the market, some anomalies still tend to slip off the radar and can cause harm to the user. One famous example of such a case was when customers filed a product liability claim when Samsung released a faulty batch of phones in which their batteries had tendencies to explode in the hands of the owner. 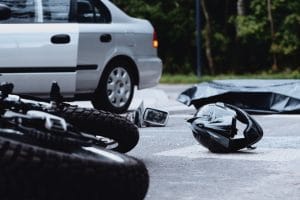 There are over 1.3 million people who die in vehicular accidents every year. On a total average, that means there are 3,827 deaths per day—such a massive amount to think that we only have 24 hours within that specific period of time. Most of the time, these cases are caused by reckless driving, driving under the influence, speeding or merely a complete disregard on road traffic rules.

With all of that in mind, here’s how you can avoid some of these personal injuries caused by an another party’s recklessness or mere negligence:

Personal injuries can never be predicted as to when or where they’re going to happen and we can only do so much to avoid them. The best thing to do is to be careful all the time or always have a personal injury attorney to advise you when you face situations and when a legal action needs to be taken.

Teeth Braces and How They Are Beneficial in Life

What To Consider If You’ve Been Seriously Burnt

Which Nursing Degree is Right For Me?

Emma Sturgis Jun 10, 2016 0
There are several degree options available at institutions like NEIT to individuals who wish to enter a nursing…

Why Every Family Needs a Weighted Blanket

How to Kick Heroin Addiction with Heroin Withdrawal Medications

The Top 5 Treatment Options for Epilepsy

4 Ways To Empower Yourself With Your Healthcare