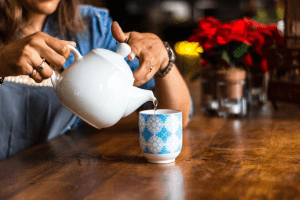 Your body is complex, and when some organ malfunctions, you may experience major discomfort or suffer a severe disease. This is the case for your diabetes—your pancreas produces little or no insulin, and your body’s sugar rises to an unhealthy level. There are different types of diabetes with a variety of symptoms and treatments.

If you’re newly diagnosed, don’t fret. There are plenty of ways you can manage your illness naturally.

Amla, or the Indian gooseberry, is a fruit that grows on trees found primarily in the Middle East and India. Its high levels of antioxidants and vitamin C make it the perfect supplement for boosting the immune system and improving circulation.

With diabetes in mind, other gooseberry benefits are the reduction in blood sugar. Gooseberries contain chromium, which ignites insulin production in the pancreas allowing for sugar to be moved from the bloodstream to be used as fuel. A study conducted in 2011 by the International Journal of Food Sciences supported this claim when it concluded that regular use of amla reduced both glycemic and lipid levels of those with type 2 diabetes.

Amla is generally not sold in stores as a fruit because the taste is very sour, and the fruit is tough to eat. However, you can reap the gooseberry benefits by buying the powder to make tea and smoothies, add the oil or spice to food, or simply take the supplement tablets.

Ginger comes from a flowering plant that originated in Southeast Asia. Previously, Asians used it mostly to add a certain zest to a variety of foods but quickly realized its value as a digestive aid. Today, you can use ginger in various forms to relieve indigestion and nausea.

Initially, scientists could not find enough research on the relationship between ginger and the symptoms of diabetes. However, that changed in 2013 when the Journal of Ethnic Foods declared that when combined with a healthy diet and other lifestyle modifications, ginger root can lower blood sugar. For this reason, it is often included in current treatment regimens to stimulate your body’s production of insulin.

Ginger root is readily available in supermarkets and health food stores. You can drink ginger tea, wine or lemonade, dice or grate the root into your food, or eat ginger candy.

Cinnamon is a flavoring spice that comes from the inner bark of trees from the Cinnamomum genus. It ranks second in popularity only to black pepper across the US and Europe. It is similar to ginger for its antioxidant properties and in medieval times, was used by doctors to treat coughs and sore throats.

Reports on its efficacy in treating diabetes have been contradictory. A study published in Diabetes Care in 2003 indicated that there is some correlation between cinnamon use and reduced blood sugar, but the positive effects were short-term. Cinnamon can be purchased at any grocery store.

Each of these organic remedies have diabetes-fighting benefits. Though the common prescription generally includes a healthy diet, an exercise program, medications, and supplements, no one course offers a cure.

If you are interested in adding one of these remedies into your disease management plan, you should discuss any changes to your diet with your healthcare provider.

4 Steps You Can Take Each Day to Improve Your Circulation

Fibroids, and How to Remove Them 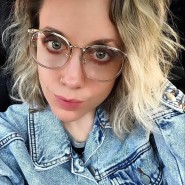