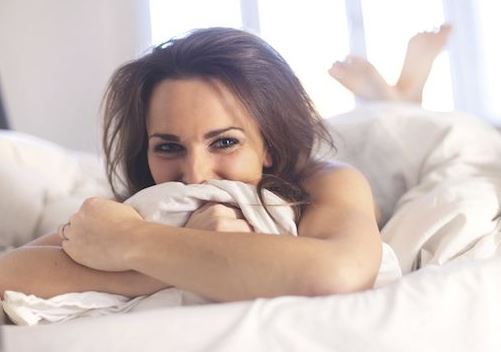 The Internet can be a good place to learn more about your sexual health, which can help you protect yourself from STDs, unwanted pregnancy and a host of other problems. Unfortunately, the Internet also full of inaccuracies and outright falsehoods on this topic, so it’s important to know what fact is and what fiction is. Here are four common myths about sexual health.

1. STDs Can Be Contracted From Surfaces

It’s often said that someone can catch an STD simply through contact with a surface used by an infected person, like a toilet seat or door knob. While it sounds theoretically plausible, it’s extremely unlikely. Cold, hard and non-porous surfaces don’t tend to promote the growth or survival of bacteria or viruses as these pathogens can only live outside of the body for a short time. Furthermore, these infectious agents aren’t found in urine since it is normally sterile.

What people should be more concerned about is skin-on-skin or oral contact. For instance, kissing can result in oral chlamydia, herpes and gonorrhea if done with an infected person. Other forms of contact can transmit herpes, scabies, genital warts and pubic lice. It’s important to have routine STD testing from a reputable company. If you do have an STD, this can help you get it treated as soon as possible.

2. Pregnancy Is Impossible During Your Period

While it’s far less likely that a woman will become pregnant during her period, it can and does happen. Some women may ovulate while they’re still menstruating. Furthermore, sperm can survive in the reproductive tract for up to three days, which may be plenty of time to fertilize an egg if ovulation occurs within that time frame.

3. Pap Smears Are Recommended At Age 18

This recommendation was changed because the majority of HPV (human papillomavirus) cases go away by themselves inside of three years. The ones that don’t are the real cause for concern, and these will be detected by a pap smear.

These shots work by blocking the two HPV strains that are responsible for most cervical cancers. However, while receiving these vaccines can reduce the risk of cervical cancer, they will fail to prevent roughly 30 percent of cases. This means that it’s still essential that women have an annual pap smear.

Sexual health is a topic wrought with misleading information that can cost people their health and even their lives. Once you understand what is myth and what is fact, you can better protect yourself.

Richard Clayton Jul 28, 2020 0
Physical therapy is one of the top choices for treating herniated discs. They help you relieve pain almost…

Reasons You Should Seek the Services Of A Chiropractor

A daily use of mouthwash for oral health and hygiene

5 Ways to get a Good Jumpstart in your Medical Career