4 Ways Alcohol Can Cause Hormone Imbalances

Alcohol is known for damaging multiple important parts of the body including the liver, kidneys, and brain. All of these organs are crucial for everyday body function, and this includes the production and release of hormones. As you can probably imagine, damaging these parts of the body through excessive alcohol abuse can lead to hormone imbalances. Here are four ways that alcohol can cause hormone imbalances.

Parts of the Body Damaged by Alcoholism

As we have already mentioned, alcohol abuse can do a lot of damage on some of the body’s vital organs. The two that we will be looking at today involving hormone secretion and regulation are the liver and parts of the brain. Specifically these are the hypothalamus, adrenal glands, and the pituitary gland. It is important to note that other serious medical conditions can arise from alcoholism, and other parts of the body in charge of different body functions can also be damaged.

The liver is an extremely important organ that is involved with numerous vital body functions. It aids in immune system function, secretes digestive proteins and cholesterol, stores glucose, and excretes and removes toxins from the body. It also regulates and secretes four very important hormones. These are insulin-like-growth factor 1, angiotensinogen, thrombopoietin, and hepcidin. These are important for regulating things like growth and the absorption of iron. Unfortunately, once extensive damage to the liver is done it cannot be reversed, so it is crucial that if liver damage is seen the affected individual seek drug rehab.

This system includes the hypothalamus, anterior pituitary gland, and the adrenal glands. Multiple hormones are affected that mainly function to trigger the other to release hormones. The hormones at the end of this system that are affected are glucocorticoids. Typically the production of glucocorticoids is increased which can cause a condition called Alcohol Induced pseudo Cushing’s Syndrome. Symptoms of this include:

-Weight gain (esp around the torso and face)

Recovery from this condition is possible if the affected individual stops and avoids alcohol consumption.

-Reduce the effectiveness of diabetes medications

-Cause both hypoglycemic and hyperglycemic episodes

-Reduce the effectiveness of insulin

All of the above symptoms can easily cause type 2 diabetes or be life threatening for alcoholics that are already affected by diabetes.

Alcohol abuse can affect the amounts of estrogen and testosterone that are released by the body. This affects both men and women differently. In men a decreased amount of testosterone can cause:

In females alcohol abuse can cause:

-Irregular menstrual cycles or a lack of menstruation

Due to all of these reproductive problems, it is suggested that anyone, male or female, who is trying to conceive goes through an Austin drug detox.

There are several hormones responsible for regulating calcium levels in the body. Calcium is important because it promotes strong bones and teeth. It also creates optimal communication between body cells. Unbalanced calcium levels can cause conditions such as osteoporosis, which can greatly increase the risk of bone fractures. Luckily, studies have suggested that the effects of alcohol induced calcium deficiency can be reduced after going through an alcohol detox and abstaining from alcohol use.

Alcohol abuse has been known to increase cortisol production both during alcohol use and during a detox. Increased cortisol can cause things like high blood pressure, reduced bone growth, issues with wound repair, and problems with digestion and reproduction function. Like with many of the other negative effects of alcoholism, cortisol levels can be leveled out once alcohol is removed from the system for an extended amount of time.

Excessive alcohol abuse can damage multiple important parts of the body including the brain, liver, kidneys, and pancreas. This can cause multiple different types of hormone imbalances. The most prevalent issues of hormone imbalance found in alcoholics include problems with regulating blood sugar levels, calcium levels, and cortisol levels. Issues with regulating blood sugar can lead to type two diabetes or cause complications in those that are already affected by diabetes. Issues with calcium levels can osteoporosis, and cortisol levels can have a number of adverse effects. In addition to this, chronic alcohol abuse can cause a condition called Alcohol Induced Pseudo Cushing’s Syndrome and issues with both the male and female reproductive systems. 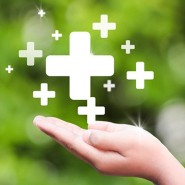 I am a writer at Guidelineshealth.com, where I share health and wellness tips, stories and recipes. I also write for other publications and websites.

6 Exercises to Do in Your Car!

Detoxing For The First Time: What To Expect When Detoxing

How to Eat Healthy on a Budget: 7 tips to change habits without spending more

5 Tips to Do When You Get Gastro