The Dangers of OTC Drug Addiction

Each year, hundreds of millions of Americans take over the counter (OTC) drugs to treat a variety of ailments from migraines and sinus problems to insomnia. Although these types of inexpensive and convenient drugs are designed to be safe enough for a diverse population, there is still a risk that OTC drugs can be hazardous, particularly if misused and overused.

When many of us think about drug addiction, we often think about illicit drugs or the abuse of prescription drugs, but OTC drugs can be addictive, too. Here are some of the most commonly abused OTC drugs and ways to prevent OTC drug abuse:

When cold and flu season hits, there are no magical cure to a rapid recovery. Many people head to the store, to stock up on cold medicine or cough syrup, to help reduce some of the nagging symptoms that accompany the flu or a cold. While most adults only take cold medicine when their symptoms are at their worst, some people overuse cold medicine and even take it when they have no cold symptoms.

Cold and cough medicines containing Dextromethorphan, are often abused because they can result in a “high.” Dextromethorphan, if used carelessly, can also cause impaired motor function, numbness, as well as increased heart rate or blood pressure. Occasionally, dextromethorphan, if mixed with decongestants, can lead to hypoxic brain damage (severe respiratory depression and lack of oxygen to the brain).

Safety and Prevention: Always read and follow the directions, dosage recommendations, and warnings. Dextromethorphan can interact negatively with other drugs, such as MAO inhibitors, so always talk with a doctor or pharmacist. Consider natural, safe remedies instead.

If you have a headache or backache, you most likely reach for the bottle of ibuprofen. Although it seems like a significantly safer pain reliever than prescription pain pills, chronic pain users may be at risk (and unaware) of OTC pain reliever misuse and abuse.

OTC pain relievers, like ibuprofen, are not intended to be used for long periods of time and according to the American Gastroenterological Association (AGA), abuse of such medicines can lead to major side effects from stomach bleeding and liver damage to death.

Safety and Prevention: Like any other medicine, users should follow the directions closely and if they continue to experience pain that cannot be managed by a pain reliever they should talk with their doctor. Chronic pain sufferers should consider alternative medicine to manage their pain.

Despite the National Sleep Foundation’s recommendation that the average adult should get between seven and nine hours of sleep each night, approximately one-third of adults suffer from some type of sleep disorder. OTC sleep aids are designed to help people get a good night’s sleep and to be used occasionally, but become problematic when users depend on them too often.

Abusing sleeping aids can create larger issues such as drowsy driving and workplace accidents. Some abusers, who have become used to the dosage, may begin to mix their sleeping pill with alcohol or other OTC drugs in hopes of a “more sound” sleep. Mixing OTC drugs is never wise, as it can have severe side effects like death.

Safety and Prevention: Sleeping aids are intended to be used just a few times a week at most. Read all directions and follow them closely. If a sleep disorder persists, talk to a doctor or try making changes in your sleep routine, as recommended by the National Sleep Foundation.

6 Intriguing Things You May Not Have Known about Asthma

In Balance: 4 Ways the Elderly Can Balance Their Hormones 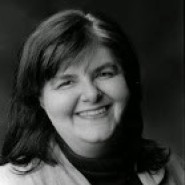 Getting a Divorce Amicably Whilst Minimizing Stress

4 Signs You Should Investigate Professional Caregivers for Your Loved One