Are you feeling worried about the structure of your upper body and how stronger upper body do you have. Do you want to improve the same only just by following few exercises rather taking any steroid pills? If the answer to both the question is yes, then you are in the right place to put an end to all of your queries. We all know that being a specific physical movement exercises always leave a positive impact on building our physic. The techniques related to upper bodybuilding is not an exception to that rule. 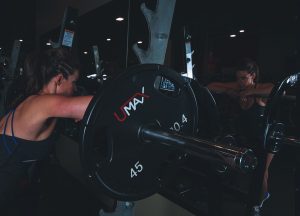 That’s why we are here going to discuss the top 7 physical exercises which are ready to help you in achieving stronger upper body. Let’s have a quick view of the top 7 upper body building exercises in the following:

Apart from performing these exercises, several supplements may contribute a lot in stronger upper body building. You may read review of this supplement online to assess their performance and compare their benefits with the benefits of physical exercise. So what are you thinking as of now? Don’t be late. Perform these exercises on the regular basis and get a strong upper body.

A Fitness lover and blogger by profession also love to ride bikes in the free times. Staying fit and
writing blogs are two things I do best .

Tips For Cleaning Your Home To Keep Your Family Healthy

Giulia Gutterer Oct 4, 2016 0
This is an infographic displaying data from the World Health Organization's report, "Projections of mortality and…

How Your Body Can Benefit From The Right Sleeping Surface?

Deafness Dangers: Safety Tips for the Hard of Hearing

How To Avoid Bleeding Gums

Weightlifting Exercises and Steroids: The Perfect Combination for…

Treat Your Feet: 4 Common Foot Problems and Their Solutions

How to Choose the Best Optometrist? Know the Top 8 Secrets