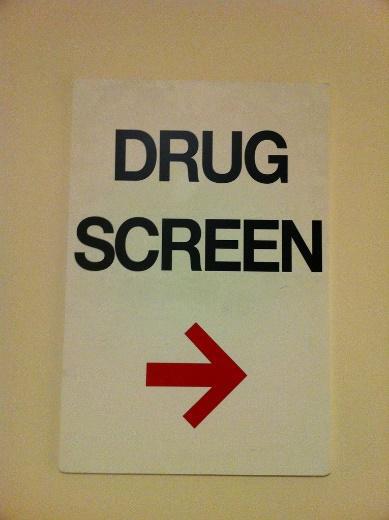 Numerous criminal cases and medical conditions caused by the use of illicit drug are recorded each year in the United States. Detecting the presence of drugs becomes easier with drug testing and the procedure has been instrumental in identifying drug users.

People charged of committing crimes under the influence of drugs are at a risk of being stripped of their civil rights, freedoms, opportunities and benefits. The Obama Administration’s first National Drug Control Strategy, initiated in 2010, is constantly battling the use of illicit drugs and its consequences in the United States. Additionally, the Controlled Substances Act regulates the manufacturing, importation, possession, use and distribution of certain substances.

Drug testing policies were initially drafted to protect worker safety in certain professions, but these substances have gradually infiltrated social lives as well. In the corporate sector, employers are free to conduct pre-employment and random drug screening tests for any customized grouping of drugs/chemicals/alcohol.

Most employers and agencies opt for various testing methods to check the presence of drugs in a person’s body. However, urine testing is the only method allowed for federally-mandated drug tests.

Here are the answers to a few commonly-asked questions to help you know more about drug testing:

1. How are Drug Screen Tests Conducted at Workplaces?

Most private employers enjoy a fair amount of liberty in implementing drug testing on their employees. They can choose the substances they want the tests to detect, unless they are subject to certain federal regulations. Organizations that work directly or indirectly with government agencies, such as the U.S. Department of Transportation’s (DOT), need to strictly follow specific drug-testing rules for employees in safety-sensitive positions.

Along with the federal laws, employers need to follow the state laws for employee drug testing. For instance, a number of states allow testing only if the applicant is informed about the testing, and if the results are a part of the screening process for new employees. In a few states, companies cannot conduct blanket drug tests or random drug tests on all employees. The employer should have a good reason to believe that a person is using drugs.

Federal agencies conducting drug testing need to follow standardized procedures established by the Substance Abuse and Mental Health Services Administration (SAMHSA), which is a part of the U.S. Department of Health and Human Services.

The healthcare sector works primarily towards the overall betterment of the ailing, and negligence by a healthcare professional can bring a serious threat to the life of a patient. Safety of patients and staff requires more than just conducting criminal background checks. There are chances that an employee may have a clean criminal record, but may have a habit of taking drugs. Such people can still pose significant safety risks for the patients.

Some medical professionals abuse stress/pain-relieving and antidepressant drugs to improve work performance and attentiveness. Easy access to controlled substance medications from pharmacies and drugstores for healthcare professionals is one of the challenges that employers need to deal with.

To protect patients and staff from dangerous situations, healthcare practices need to include a comprehensive drug/alcohol testing policy as part of their overall hiring process. Individuals who abuse drugs are also likely to be less productive and more prone to medical conditions, which may be problematic for the business in the long term.

3. How Accurate Are Drug Screening Tests?

Do bedsores happen in nursing homes?

Insulin Prices for Medicare Beneficiaries are Being Slashed

Urinalysis is the most common method of drug testing and can be done at any workplace, a pathology lab, a health-care center, or any other medical setup preferred by the employer.
Necessary precautions are taken when collecting biological specimens to prevent adulteration in the sample or substitution of specimens. This is done to ensure that the sample is collected with minimal risks, and that the results are as accurate as possible.

Many healthcare setups use 10-panel drug test kits that use advanced technology and provides immediate reports. These tools are often administered to test employees at law enforcement and occupational medicine establishments. Reports generated by the 10-panel drug kit are extremely reliable and trusted by most high-safety organizations.

Employers can test employees for the presence of cocaine, marijuana, opiates, methamphetamine and Phencyclidine (PCP) using hair and saliva samples. Hair follicle screening can be conducted within 90 days of drug use, but the results may vary depending on the growth rate of hair. Drug testing can even be conducted with hair and saliva samples. In fact, the presence of illicit or prescribed drugs can be detected in hair samples for up to six months. Hair testing is quite commonly used to check for marijuana, cocaine, amphetamines and even alcohol. Even body hair can be submitted for drug screening as many illicit substances can be detected in body hair for up to one year.

Substances that are present in a person’s bloodstream are also present in the oral fluid (saliva). Hence, drug testing can be conducted via saliva samples as well. As compared to a standard urine test, saliva tests do not check for the direct presence of drugs, but measure the remnant by-product compounds of drugs (metabolites) in the system several days after using drugs. This makes for a more accurate test for detecting the presence of drugs.

Several laboratories and medical setups use pre-screening methods, including adulteration checking strips and check the pH balance, to ascertain the presence of oxidizing adulterants in the sample. In case of doubts, invalid results are tested twice to ensure accuracy.

People on legal probation or found violating the terms of that probation are also tested using these kits. Further, several roles in the civil services require applicants to clear a 10-panel drug screen, especially if the role entails dangerous work.

4. How Does a Drug Test Determine the Presence of Illicit Substances?

Other than a breathalyzer test for alcohol, most drug testing methods cannot determine impairment or current drug use. They can only reflect the presence of a specified amount of a drug or its metabolite in a person’s urine, blood or an alternative specimen.

Most laboratories determine the results of drug testing on the basis of a minimum measurement to ascertain that traces of a drug or its metabolite are above the specified level. This measure is commonly known as a ‘cutoff level’ and is different for each drug. Using cutoff levels ensures that the expected results of testing are as accurate as possible and that a person isn’t wrongly accused of drug abuse.

5. How Long Can Drugs Be Detected in the Body?

Drug testing may not show accurate results if it isn’t conducted within a certain time frame. This is because the presence of drugs in the system also depends on the subject’s lifestyle.
The drug’s half-life, a person’s state of hydration, fluid balance, and frequency of drug use, are some of the key factors that impact the detect-ability of the drug in the urine or other biological samples.

Generally, drugs stay in the body for about 2-4 days after ingestion. But, many drugs such as diazepam, have a long half-life and may be detected in the system within 23 days of consumption. Marijuana can stay in the system for more than 3-4 weeks if consumed in large quantities.

Ongoing drug screening helps mitigate many risks, including crime and accidents. Workplace incidents and hazards due to drug use can definitely cause injuries and also lead to tarnished reputation. Having effective drug testing programs at businesses and institutes can help reduce this risk. In fact, employers that commit to drug and alcohol testing for their workforce will be in a better position to help drug-abusing individuals with rehabilitation.

Our Top 3 Popular Diets For Tightening That Waist

6 Secrets To Becoming Physically Fit In No Time

Natural Home Remedies To Get Rid Of Freckles

Guidelines Health Jan 14, 2014 0
How To Get Rid of Freckles? Freckles are round, flat brown spots which appear on skin and are observed among men…

How Whole Food Supplements Can Naturally Help You Live a Healthier…

5 Shocking Statistics About Falls in the Home

A good Mattress should comply with your Body Type: A guide to choosing…

What Are Super Viruses and Should You Be Worried?