Can Cannabis Cause Seizures? 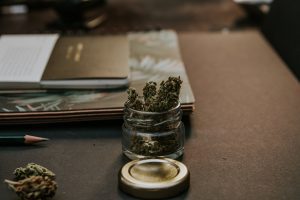 To get right to the point, it’s highly probable that cannabis can indeed cause seizures, but only when extremely high doses of THC are involved. Recent findings that suggest seizures could be caused by cannabis have been commonly misreported, leading to an idea that cannabis, rather than effectively treating seizures as it, may actually do the opposite in normal circumstances.

While the study demonstrated a possible risk, that risk remains relatively low. On the other hand, trends in current usage patterns may elevate that risk in the general population as time goes on.

Beginnings of the controversy

The controversy came about when researchers from the University of Tsukuba in Japan were able to induce seizures in mice by using natural tetrahydrocannabinol (THC) and its molecularly identical synthetic equivalent, JWH-018. The findings of the study seem to contradict decades of research indicating that THC is beneficial for patients who experience debilitating seizures.

However, in the case of cannabis, as with most drugs, it’s the high dosage that seems to trigger seizures in mice, rather than just the mere presence of THC or JWH-018 in their systems. With the ever-increasing THC content of modern cannabis strains and the more widespread use of THC for treating a variety of ailments, the potential for misuse also increases.

The increasing use of synthetic cannabis compounds, often known by and sold under the brand name “Spice”,  has also raised concerned that it would be easier than ever before for users to reach a critical dose that could trigger seizures.

Bearing Anxiety? Breathe, You Can Conquer It Naturally, See How

IMPORTANT THINGS YOU CAN DO TO HELP AN ALCOHOLIC RECOVERY

In the days before modern cannabis farming and synthetic cannabis compounds, getting such a high concentration of THC would generally be impossible in regular use, and only achievable in very specific laboratory conditions. It was in that relatively low-dose context that many of the studies showing the beneficial effects of cannabis on seizures were conducted.

Today, with “spice”, modern strains feature higher and higher levels of THC and social norms leading the way to a more live-and-let-live attitude to cannabis use, there are fears that seizures may become a real risk.

Olga Malyshevskaya and Yoshihiro Urade, the leaders of the study, say that these findings on synthetic and high-potency cannabis doses should serve to warn the public.

How the study was conducted

The researchers were able to induce seizures with both natural and synthetic THC. However, the frequency was much higher with the synthetic equivalent.

However, the authors also note that “a substantial body of literature on cannabinoids in animal models shows mostly anticonvulsive effects.”

It must also be mentioned that while other studies on medical cannabis use have shown promise for its use as a treatment for seizures, there is no definite consensus on what the “correct” dosage may be. The actual efficacy of the treatment and the best way to administer it are likewise heavily debated.

Common Maladies Caused by Age and How to Treat Them

Being Healthy Is the Best Supplement You Can Have

The Hidden Link Between Vitamin C and Hair Growth

Pavan Rajput Oct 10, 2017 0
Everyone knows vitamin C is good for you. It keeps your skin and nails healthy, and can help you fight off a cold.…

Healthy Body – How to Achieve and Maintain It

CBD Tincture – Is It Actually Safe And Effective With All The…

8 Skincare Habits to Start Right Away