Electronic cigarettes or e-liquids – How are they better than smoking tobacco cigarettes?

Marijuana and cigarettes have been used for a long time now but it is of late that the process of vaporising such substances has gained popularity. If you’ve heard of vaping e-liquids, you’ll know that the researchers and scientists are of the opinion that vaping is much safer than smoking as the smoke and tar is extremely harmful for human body. When someone smokes, the heat that is caused by the fire changes the substances inside the cigarette to change into smoke and this smoke enters the blood through lungs and can lead to several kinds of diseases including cancer. You’ll be rather alarmed to know that smoking takes only 6 seconds for the active compounds to reach the nervous system. 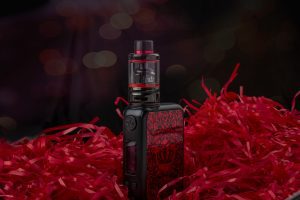 Vaping e-liquids is safer than conventional smoking – Know how

The main difference between conventional tobacco cigarettes and e-cigarettes is that the latter doesn’t include tobacco. But does that mean that it is only the tobacco which causes cancer? No, actually there is a long list of harmful chemicals present in cigarettes which when burnt are directly linked with cancer. Since 2009, FDA has claimed that e-cigs or e-liquids also contain some level of toxic chemicals to which the vapers are also exposed but the level of harm is much lesser.

The e-cigarette companies usually make a claim that they can make smokers quit cigarettes. The addiction towards tobacco cigarettes is actually caused by nicotine which is the main addictive substance. When you switch to vaping, you first include the strongest strength of nicotine in the e-liquid and then gradually decrease the level of nicotine strength. This way you can gradually give away the addiction towards nicotine.

Therefore, if you’re someone who is wondering about the different ways in which vaping e-liquids is a safer method for the tobacco smokers to quit smoking, you should certainly try this method.

Balance Your Root Chakra and Heal Your Back Pain

Love Someone with Schizophrenia? How to Respond Appropriately to Delusions and Hallucinations

Emma Lawson Aug 26, 2016 0
Most of us are afraid of the sight we see in the mirror. However, if you are among the lucky few, you will discover…

How to Stand Out from the Crowd

11 Healthy and Tasty Office Snacks Every Employee Will Love

Sweet Without the Sin: Post-Workout Snacks

How to Burn Calories without Exercise

4 of The Best Home Remedies for Vertigo