Everything to Know about Pulmonary Tuberculosis: Is It Contagious? 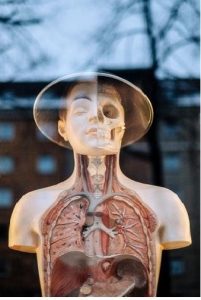 We often hear about the lung condition called tuberculosis (TB), but many of us still know very little about it. Is it treatable? What are your chances of getting it? Is it contagious?

In the United States, there were about 2.9 reported cases of tuberculosis out of 100,000 persons in 2016, and TB is reported in all 50 states. Although there has been a significant decline of the disease since 2015, it is still important to be aware of how this condition works and how you can protect yourself against it.

Pulmonary tuberculosis is a lung infection mainly caused by the slow-growing bacterium known as Mycobacterium tuberculosis. The bacterium thrives best in areas of the body that contain lots of blood and oxygen, which is why it is often found in the lungs. However, TB can easily spread to other parts of the body, as in cases known as extrapulmonary TB.

Tuberculosis can be latent or active. The former means that the TB bacteria exist in one’s body, yet his immune system keeps it from turning active. Latent TB, therefore, does not have any symptoms and cannot spread the disease to other individuals.

However, latent TB may develop into active TB, which means that the TB bacteria in the body are growing and causing symptoms.

In its primary stage, tuberculosis may still not show symptoms, but once they do, consult with your doctor right away to get an accurate diagnosis of your condition.

How TB Is Diagnosed

Just as with any consultation, your doctor will initially perform a physical exam and check for your vital signs, including your blood oxygen saturation levels, through the use of a Nonin pulse oximeter. Generally, your doctor will look for physical signs such as unusual breath sounds, fluid around the lungs, tender or swollen lymph nodes, and clubbing of the fingers or toes, which is a common sign of a more advanced stage of tuberculosis.

Certain tests may also be ordered, including a chest X-ray, chest CT scan, or a bronchoscopy to visualize your airways. You will also be tested for TB infection through certain blood tests, sputum cultures, and a tuberculin skin test, which is commonly used to find latent TB.

Knowing Your Risk of Getting TB

Some people may be more likely to acquire tuberculosis than others. This includes people with conditions that weaken the immune system, such as HIV, as well as those who are constantly in contact with someone positive of active TB, including health-care providers, like caregivers, nurses, and doctors. It is also commonly seen in people under the influence of drugs or alcohol and those with poor access to health care, including migrant farmers and homeless people.

If you are at high risk for TB, make sure to get tested for the disease once or twice each year to help you get treated as early as possible.

Yes, tuberculosis is highly treatable since an antibiotic was discovered in 1944. Usually, your health-care provider combines four antibiotics, which you will take for at least six months, to effectively eliminate active TB. A lot of patients are easily cured of TB if they take the medication as prescribed, but if tests still show you are positive with active TB even after the six-month period, the treatment can continue for another two to three months or even to a year or longer if the TB bacteria are resistant to some antibiotics.

Awareness of the disease can greatly help in the early diagnosis and treatment of tuberculosis, as well as prevention from acquiring it or spreading it to others. More importantly, it helps significantly to break the stigma and fear of the disease or those who have it.

Informed Assistance: 5 Tricks to Help Nurses Connect with Their Patients

Anica Oaks Feb 2, 2017 0
Have you ever gone into a room and totally forgotten why you are there? Or maybe you missed your doctor's…

How Your Personal Hygiene Routine Helps Keep You Fit

Why Physician’s Offices Need to Upgrade Their EHR and PM

5 Steps to Taking Care of Your Child with Autism

Pros and Cons of Contact Lenses: What You Should Know