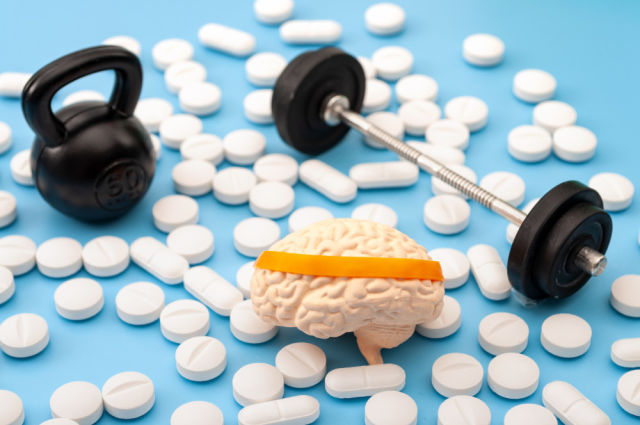 Nootropics are not just a passing fad. Nootropics have quickly become a fixture in the world of supplements and their users.

Whether you are trying to get more bam from your buck when it comes to workouts or your family has a history of cognitive diseases like alzheimers, there is a nootropic out there that can help you reach your goals. From anxiety to diabetes to cancer, nootropics have a host of potential benefits waiting on us to explore them!

Here are 5 nootropics you should know for 2021!

A nootropic is anything that improves mental performance or otherwise augments a person’s cognitive ability.

Did you know caffeine is technically a nootropic? It’s true! Think about it. Caffeine improves focus and attentiveness in users—for example, anyone that drinks coffee. Caffeine, primarily through consumption of coffee and tea, is the most widely used nootropic in the world.

Another popular nootropic that you might not recognize as such is nicotine. Nicotine is popularly consumed through the smoking of tobacco products.

So you can see the power of nootropics. Nicotine and caffeine are both extremely powerful substances. But, as we can see with the widespread consumption of coffee, they can do a lot of good in your life if you use them properly.

C60 is a collection of 60 carbon atoms and it works best when dissolved in a fat like olive oil. Research has suggested that consumption of C60 olive oil before working out can make you feel more energetic.

“One of the keys to preventing aging is to have a diet rich in antioxidants,” saysSES Research. “Because of C60’s unique atom structure and antioxidant properties, they can stabilize several free radicals without destabilizing themselves. While this has not been studied in humans, C60 with olive oil could be a quick way to the antioxidants you need for a healthier life.”

Creatine is an amino acid nootropic that helps the body maintain and repair itself during resistance workouts. You may know creatine from the innumerable sports supplements that splash CREATINE in huge letters across the front, but creatine offers many benefits for even casual users.

Even if you aren’t a meathead, if you are trying to build even a LITTLE muscle in the gym, you could benefit from introducing creatine into your supplement rotation. Creatine also improves your mental performance.

Creatine positively benefits users who undertake physically demanding activity or whose jobs demand regular intensive exercise. These types of things can be mentally fatiguing in addition to physically taxing, so creatine can help keep users from tipping over into physical OR mental exhaustion during these tasks.

Creatine should be consumed with carbohydrates after exercise for the best results.

White maeng da kratom is a nootropic that reduces stress and anxiety in users in addition to a host of other benefits.

Under the right circumstances, kratom can also make users more amenable to new social situations and are less susceptible to feeling burnt out or stressed. Similarly to caffeine, kratom offers minor pain-relief and a feeling of being more energetic.

One of the benefits of white maeng da kratom are the wide variety of ways you can consume it. You can make tea or mix it into your favorite soups or smoothies.

Ginseng is aherb that has a long history in Chinese culture.It has been associated with reduced inflammation, improved memory retention, and a stronger immune system response. Ginseng also has a host of antioxidants and benefits for cancer patients or those at risk of remission.

You also may recognize ginseng from a host of your favorite energy drinks. This is because ginseng gives users a boost of energy upon consumption. That’s amazing!

While users should always consult with their doctor when evaluating whether or not a nootropic is right for them, ginseng has been anecdotally linked to better management of blood sugar levels.

Ginseng can be used as an herb, steamed, or even steeped like tea.

Rhodiola is a new and rising star in the nootropics community. Rhodiola rosea is an adaptogen and nootropic that is the perfect tool against stress and anxiety. If you suffer from either of these ailments, rhodiola might be the right plant for you!

Rhodiola also reduces the mental and physical symptoms of fatigue in users. This means that ingesting rhodiola sets you up for an extra productive, extra hard workout.

What is the Process for Getting Dentures?

Using Golf Push Cart: Why It is Good for your Health

Tips And Advice For Healthcare Worth Knowing