Guide to the Differences Between CBD Oil & Cannabis

In recent years we have heard much since cannabis has been decriminalized in some places and licensed for sale in some more. There has also been a rise in the popularity of related products such as CBD oil. This understandably raises questions about what the differences between cannabis itself and CBD oil. Here we are to go through the ins and outs of what these differences are.

Does it Get You High?
Possibly the most common question you will hear from unaware members of the public is the concern that if they take something as a health supplement is, are they going to end up hallucinating? This is a very valid concern as older generations are used to the official line being cannabis is an illegal drug that was said to be criminal and particularly dangerous. The good news is that CBD oils do not get you high. Most medicinal cannabis will not either. This only happens if there are significant levels of delta-9-tetrahydrocannabinol, more commonly known as THC, and most don’t have more than 3%. CBD oil is more considered a relaxant; we have heard evidence that it 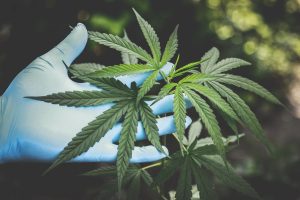 Do we Need to Smoke it?
Another common concern is the thought that it needs to be smoked, but this is not essential. With cannabis itself, it is still an option, but there are many other methods of taking it as well, such as ingesting or vaping. CBD oil cannot be smoked as it’s a liquid, but can be applied as a cream, drunk, even chewing gum exists!

How to pick medical beds in Australia?

Where to Buy
For medical cannabis, you need a prescription in almost every region. But for CBD oils, it is often available over the counter. So unlike with medical marijuana, you don’t need to visit a licensed vendor necessarily. It can be ordered to be delivered direct to your home address, and Rave Reviews provide an excellent list for recommended suppliers.

Is a Prescription Required
As mentioned before, it is often the case that cannabis in its purest form requires a prescription. Generally, as much as a hangover from the days when it was entirely illegal for anyone to possess the drug, most states are still keen to have it controlled in some way. But the CDB oil is a product that’s removed enough from its original form that this is not deemed necessary.

Side Effects
There are various side effects associated with CBD oil, and according to this article, they include the following:
• Anxiety
• Changes in appetite
• Changes in mood
• Diarrhea
• Dizziness
• Drowsiness
• Dry mouth
• Nausea
• Vomiting

Immediately, this may seem like a worrying list of potential side effects, but it’s important to remember that it’s improbable that any one person would get all of these. It’s also important to note that this list is nothing in comparison to the issues that are claimed that cannabis itself can potentially cause. If you feel you are experiencing any symptoms, or side-effects, then it’s important to consult your physician as soon as possible.

10 Different Types of Psychologists- What Are Their Roles

How CBD Helps With Stress

Nurse Susan Jan 18, 2018 0
When it comes to aging, few things beat the freedom and independence retirement can bring. As rates of chronic…

3 Benefits of Dental Exams You Can’t Get at Home

Back Pain: 4 Terrible Effects And How To Prevent Them

How You Can Advance Your Health Care Education

Top 6 Ways Of Taking Care Of Your Dental Braces

Learn 11 Diabetic Foot Care Tips You Can Use

Virtual Doctor Visits: A Cure for What Ails You?