Drug abuse has increased in the recent times. Simply put, drug abuse denotes the habitual and excessive use of substances like cocaine, alcohol or marijuana. Such drugs generally result in loss of emotional and physical control, impaired judgment and make a person intoxicated. Drug abuse is also called Substance Abuse. Today, it’s one of the primary medical concerns as well. 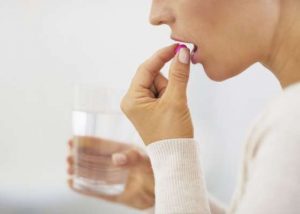 Drugs like marijuana and cocaine are harmful to the human when consumed in excess. Earlier, drug abuse indicated the abuse of rare or illegal drugs. But today, prescription drugs, tobacco, legal drugs, and alcohol are the potential causes of drug abuse. For a drug addict, the dependence on the drug is physical and psychological. It gets treated akin to an ailment, which a person can’t manage on his/her own. Today, a considerable portion of the global population is fighting drug abuse.

Remedy from drug abuse comes from identifying the signs early. After that, if the symptoms go extreme, it is important to admit the person to a professional and leading rehab centers’ such as the Light Drug Rehab Black Mountain and others. Leading rehabs ensure that a person is free of his/her drug-abusing tendencies and turn a new lease of life.

Behavior is one of the most telling signs of drug abuse. The addict will gradually start revealing behavioral changes very erratically. He/she would range from being passive/aggressive to mood swings and other behavioral irregularities. They also might show extreme irritation or anger towards their friends, family, and other near ones. Few other signs and symptoms are listed below:

·     Changes in sleeping, eating and other daily activities

·    Getting into a habit of continually lending money, not paying bills and improperly managing his/her finances.

·      Moving away from core family members and friends

·      Displaying physical signs of drug abuse, for instance, smelling like drugs in clothing

·       Developing a tendency to lie without any reason

·       Hallucinating and getting removed from the pragmatic way of thinking

·       Sudden and extra attention to tidiness, to the point of becoming obsessive

If you know a person who’s showing similar signs like the ones mentioned above, then it makes sense you consult a medical professional. However, before remedying drug abuse by taking the person concerned to rehab, it’s essential that you understand the main reasons for drug abuse.

The primary causes of drug abuse

Drug abuse can affect anyone. Based on recent research, the age group between 18 and 25 is the vulnerable bracket for drug abuse.  And women of this age group are supposed to be more susceptible to drug abuse than men. Psychology, social environment and genetics together are the reason why people often become addicted to drugs.

Studies reveal that children, who’ve had drug abusive parents, take on their tendencies as they grow up. But this is not true for everyone. Another reason for drug abuse is depression. People in an attempt to beat the stress and anxiety that stressful job conditions result in, resort to the intake of drugs for a momentary respite. However, the casual doses start to increase and gradually, over time a person unconsciously become a drug abuser.

Sometimes, people unknowingly fall into the wrong company of friends and college groups. These groups can mislead a person into taking drugs. Few other external factors that result in drug abuse include:

Being an Introvert is Not a Disability

How Does Fair Deal Scheme Help The Ageing Population

·         A will to rebel against all kinds of authority and parents

·         Developing curiosity about illegal substances and end up abusing it altogether

Generally, a person becomes a drug abuser because of the combination of all these factors.

The drug abuse types and its impacts

There are many forms of drug abuse along with its harmful effects. The three primary types are as follows:

1.      LSD–Also known as Lysergic acid diethylamide is known as a spiritual or recreational drug that has many sensory, physical or psychological impacts. The after effects comprise of losing complete touch with the external reality, hallucinations, a sense of distorted reality and total disconnect from practical surroundings. The drug makes a person seeing things that don’t exist. The mind creates imaginary visions. The effect generally stays from 6 to 14 hours. Though LSD isn’t addictive, excess use of it often makes it harmful. It can lead to panic attacks, neurological damage and other types of violent psychosis. LSD can be injected or consumed.

2.      Synthetic Cathinones – Known as bath salts, it’s a synthetic drug that’s composed of a stimulant of the khat plant. You can buy this online and offline. According to the World Drug Report 2012, this drug has been increasing in supply. Bath salts can be injected, smoked, snorted or taken in the form of a pill. The objective of this drug is to offer a cheaper alternative to the other active drug forms, such as MDMA or cocaine. A couple of other side effects comprise of energy boosts and exalted confidence. The adverse side effects include panic attacks, paranoia and sometimes death. During the drug detox phase, the withdrawal symptoms of this drug are severe.

3.      Amphetamines: This drug helps to stimulate the central nervous system. It sends a stimulating impact to the adrenaline all across the body. When consumed you will feel extra alert than ever. There’s a wave of excess energy. Some people experience a confidence boost. These are however the positive side of the drug. The negative side of the drug is that it makes them feel very hostile and nervous after a certain point. Different people react differently to this drug. Usually, there are different types of this drugs like uppers, crystal, crank, bennies, and speed. Though there’s an initial euphoria soon, it turns into an addiction.

The initial step to healing anything is to identify the issue at hand. Recovery is generally a long-term process. Other than professional therapists and healers, even the patient needs to be committed to his/her healing process. The most crucial phase of healing drug abuse is the withdrawal phase. It’s a tough phase that brings in a wide range of symptoms. It varies from restlessness, anxiety, depression, headaches, physical weakness, memory problems, concentration problems and many more. The symptom severity depends on the length of the abuse. Also, a lot depends on the medical history.

Majority of treatments for drug abuse starts with detox at a rehab center. These detox programs treat various kinds of drug abuse. An ace doctor and medical professional can ascertain whether a patient needs residential, outpatient or hospital treatment.

Support and help for drug abuse from a rehab center are useful. However, more than the treatment, the decision to quit is the most critical decision. It’s a tough decision to make. As for the drug abuser, the dependence on the drug is paramount. While on the decision to quit speaking to a healthcare professional is essential. As they will be able to guide you better on the medications, diet plan, lifestyle chart, exercise and many more. These professionals also help you to cope up with your withdrawal symptoms.

Do you need assistance for drug detox? Today, support and assistance are readily available. You first need to make the final decision to quit your addiction. Once you’ve done that, contact the nearest clinic, hospital or a healthcare professional for guidance. Follow the advice and guidance they provide you. From prescribed medications to diet chart, you will get a new routine for your drug detox.

Furthermore, today there are also many community channels that help in drug abuse healing and treatment. Meeting people who are going through the same journey will help you gain confidence and strength. It will also help you stay committed to the process of quitting drugs. Always work in co-operation with your doctor for the best results.

The way of rehab centers

Leading rehab centers take a holistic approach when it comes to curing and healing drug addicts. They take into consideration the patient’s personal, social, mental history. The treatment usually starts with a medical check-up, to check the percentage of drug present in the blood. Once that medical report gets prepared, the treatment begins. The therapy includes everything from a restrained lifestyle, exercise, detox, a natural diet and also mediation and mind control tactics.

Different rehabs have different ways to treat drug abusers. Hence it is always advised that you check the background of the rehab and then opt-in for it. Other than browsing the rehab website, you can also check the testimonials from patients who have been healed from the rehab and later arrive at the final decision. Taking second opinions and comparing rehabs is a right decision.

How Modern Technology is Launching a New Era in Medical Research

Anica Oaks Feb 2, 2017 0
With continuing advances in medical technology, a new era in medical research has emerged. As a result, the quality…

Why Phenocal is Called A Weight Loss Controlling Compound?

How to Find the Best Protein Powder for Women

How To Stay Healthy While Traveling – TOP 6 Easy Tips