Polymerase chain reaction (PCR) is a method widely used in molecular biology to rapidly make an extremely large amount of copies of a specific DNA sample. It allows scientists to take a very small sample of DNA and amplify it to a large amount in order to study it in detail. It is fundamental to many genetic testing, including identification of infectious agents and various forms of cancer. 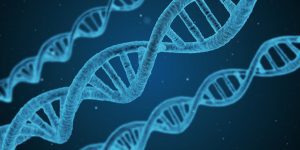 Cystal Digital PCR: Complete testing in only 2 hours and 30 minutes

Silla Technologies, a French Tech started in 2013, built the Naica system Workflow for absolute quantification of nucleic acids. It brings the amplification process of the PCR to a new level, by using cutting-edge microfluidic innovations, which enables the scientists to test and find a variety of potential health issues that could not have been diagnosed through prior technologies, in an extremely reduced amount of time.

The President and Co-Founder of the company, Rémi Dangla, once explained the way the technology works through a comparison, saying that there are as many strands of DNA in 1 ml of blood as there are trees in the Amazon rainforest. He used this formula to explain the complexity and diversity of the genetic content of a biological sample. Crucial indications about a patient’s health are hidden in this mass of DNA strands, biomarkers present in very small quantities and undetectable with previous genetic analysis technologies.

But today, using the Naica system created by Silla Technologies, through a single pipetting operation, the combined partitioning process and its thermocycling program can create crystals of 30,000 droplets from each sample. Once that is done, PCR amplification is immediately performed. After only 2 hours the chips are ready to be transferred to the Naica Prism3 instrument, where the crystals will be read, using 3 fluorescent channels. Finally, the user-friendly Crystal Miner software will automatically measure the concentrations of targeted nucleic acids. The whole process takes only 2 hours and 30 minutes before doctors and scientists can analyze the data and explore the crystals, using intuitive visuals.

Fields where the technology can be applied

Here is the different application of digital PCR :

Helps to identify the DNA mutations and detect gene amplification and long non-coding RNA among other things. It can also be used to monitor patients.

It can detect copy number of AMY1 (salivary amylase) gene which is the main cause of obesity.

It can quantify β-cell death in type 1 diabetes by evaluating the level of unmethylated DNA.

Helps to reduce the risk of graft rejection by monitoring circulating DNA level of the transplanted organ.

It is a risk-free method for foetal genotyping which serves in the detection of aneuploidies, microdeletions and mutations amongst other things.

It is used to track viral infection and individual bacteria cells, for monitoring latent HIV reservoirs and for the measurement of residual viral load (HIV, hepatitis).

Why You Should Stretch as Part of Your Daily Routine

How To Find The Best Respite Stays?

Bella Gocher Nov 3, 2016 0
Caregiving is one of the most demanding tasks and no one will be capable of handling all alone. In case you have an…

Do You Have Any of These 7 Signs of Glaucoma?

How to Own a Boutique Fitness and Pilates Franchise?

What are the Pros & Cons of Using Kratom For Losing Excessive…