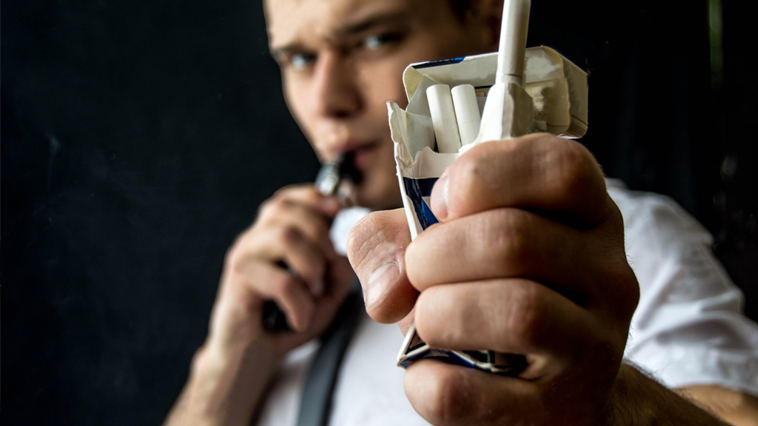 Vaping is a practice that is growing more and more popular. In fact, you have probably heard tons of boast about how much safer vaping is as compared to smoking tobacco. Sure, vaping might be an excellent way to kick those cigarettes, but is this the same thing as trading one habit for another? And, just how safe is vaping? Is vaping really that much safer than nicotine and what do the experts say?

You can look up any number of studies that you want and you will without a doubt find that vaping is safer than traditional smoking. This doesn’t mean that vaping doesn’t come with its own specific set of risks, but that will be covered later. The main thing you need to know is that vaping is safer because they do not contain any tobacco. Cigarettes, on the other hand, are filled with over 7,000 chemicals and even though cigarettes have been around for a long time it is still unknown how some of these chemicals interact with the body. That being said e-cigarettes do also contain a number of chemicals, but they contain far fewer than the traditional tobacco leaf.

You just learned that vaping with products like aquavape are a much safer alternative, however, that does not mean that vaping is healthy. In fact, you will find that both regular cigarettes and e-cigarettes contain nicotine. There are a number of studies that prove that this substance is highly addictive and can impact the body in a number of negative ways. For instance, it can raise your blood pressure, spike your adrenaline, and increase your heart rate. That being said vaping is a bit safer due to the way that the nicotine is combusted.

Cancer Is Still A Real Possibility

It is highly known that tobacco causes cancer. Whether it be lung cancer or throat cancer, prolonged use of tobacco can cause cancer. Well, there was a recent study conducted by the National Institutes of Health that proves e-cigarettes could cause mutations in the DNA as well. These mutations could possibly increase the risk of cancer. The scientists were able to isolate these mutations and they found that they contribute to the development of lung and bladder cancer in mice. Now, mice are not humans, but their physical, DNA and biological makeup is somewhat similar. That being said it is a real possibility that vaping could lead to cancer according to some of the latest published studies.

Many people think that because e-cigarettes are smokeless that they are harmless. This bot entirely the case at all according to the International Journal of Hygiene and Environmental Health. In fact, this very institute found that the use of e-cigarettes results in exposure to increased concentrations of VOCs (volatile organic compounds). These are harmful airborne particles that can have negatives effects on the body. In addition to this, it was also proven that e-cigarettes can still have a negative effect on air quality even though they are smokeless.

How to Increase Libido Naturally?

How Does Anabolic Steroids Work in Muscle Building and What to Care For?

Charlie Brown Nov 6, 2017 0
One of the best options people find when it comes to bodybuilding is the use of anabolic steroids. These have the…

How to Know if You Have Astigmatism and Treatment Options

Building Resilience: 4 Ways To Move Forward In Life With A Disability

Bid Goodbye to Lower Back Pain with Proper Chiropractic Treatment!