Insects in Your Home: Affecting Your Health and How to Get Rid of Them 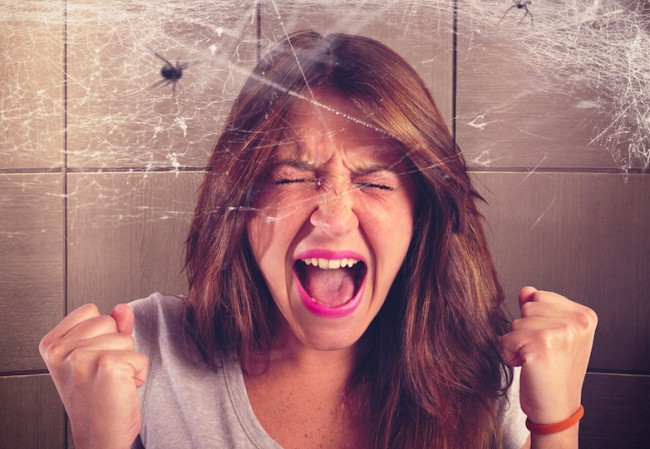 Did you know that there are about 950,000 species of insects in the world? Actually, no one has ever been able to determine the exact number of insects in the world, but it’s believed that they have the largest biomass of the terrestrial animals, claim the experts from the Smithsonian. Of course, today’s focus isn’t going to be on the exotic insects of the world or some endangered, endemic species, but on common household insects that we simply like to call – pests. Whether your house is infested with termites and ants or you’re leading a battle against cockroaches, spiders or fleas, we’re here to give you some essential advice on how to get rid of these vermin and make your home a pest-free residence.

Ant infestation is probably one of the most common insect infestation issues. These tiny little beings are mostly known for their strong social bonds, meaning you’ll never see just a single ant roaming around. This might represent a bigger issue, as depending on the species, ants are known to form colonies consisting of millions of these small creatures. While certain species of ants are known to bite or sting, it’s important to realize that these insects sustain themselves by eating fruit seeds, sweets etc. And while they’re not generally dangerous for humans, their presence is undesirable mostly for hygienic reasons. There are plenty of different ways to confront these insects and besides common store-bought ant repellents, many people rely on certain natural remedies like recipes made of peppermint, cinnamon and lemon juice. Also, if you wish to prevent ants from entering your house again, it’s crucial to find the entry point and seal it properly. Quite similar to ants, both in looks and also in eusocial habits, termites are known to survive on residues of wood, trees, roots and mulch, which is why they mostly target buildings made of wooden structures. A study conducted by CSIRO revealed that a coastal strip from the Sunshine Coast to the southern NSW coast had a more moderate level of termite infestation at 20% -30% of dwellings, which is why opting for a pest inspection Sydney has become one of the priority steps of every new homeowner or a potential buyer. Getting rid of termites is much more difficult than preventing the infestation itself, which is why professional services are very desirable in these cases.

According to Wikipedia, out of 4,600 species of cockroaches, about 30 cockroach species are associated with human habitats. These habitats mostly include warm and humid areas, which is why roach infestations are most common in spaces like bathrooms and kitchens. They mostly eat starches and don’t attack humans, but are known to be transmitters of certain bacteria and cause allergic reactions, especially in children. The best way to solve the problem of cockroaches in your home is to make a solution of catnip and water and spray the infested areas with it. Boric acid is also a known remedy against this pest, but it’s important to thoroughly treat the infested areas if you wish to prevent them from coming back again.

If you’re looking for a magical cure to rid your surroundings of flies, we’re sorry to inform you that this concoction still doesn’t exist. Flies can be found all over the earth and are mostly attracted to garbage, faeces, and rotting compounds, which generally means that whilst there are humans and animals present, there will be flies around. The only thing you can do to decrease the number of flies in your home is to take out the garbage on a regular basis and maintain good hygiene in the house, especially in areas like the kitchen.

Tiny or not, but many of these small creatures are known to be quite dangerous for humans and their homes. Not only can they cause great damage on the household, but they can quite easily violate the health of you and your family members. Learning proper ways on how to keep your house insect-free can greatly help you prevent different types of damage.

Creating An Action Plan When Diagnosed With Cancer

The Best Exercises To Boost Your Testosterone

Five Warning Signs Of Underlying Health Issues You Should Know About

How Addictive Is Alcohol? 4 Health Reasons to Avoid Drinking