Let Food Be Thy Medicine and Medicine Be Thy Food 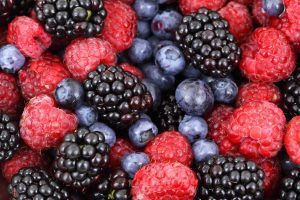 In the explanation of this supposed theory surrounding the saying “let food be thy medicine and medicine be thy food” Hippocrates who was the father of medicine was among the very first to believe in the centrality of diet when preventing diseases.

Hippocrates strongly believes that a better diet will be far better than surgeries and drugs when fighting illness. He believes that food can act as a medicine to an individual who is sick only if he continually reduces the bad foods that he/she eats. What is more to health than getting a good diet?

When discussing the issues about food and nutrition, the main story surrounding malnutrition and diseases is not majorly caused by lack of calories but the issue comes from a poor diet. It is important to know the kinds of foods we eat.

Eating poorly will affect our diet and will be very harmful to our health. Take for example in a country calls Guatemala, more than 50 percent of women who have reproduced are either obese or overweight. In that same country, more than 48 percent of children less than 5 years of age are stunted. This is caused by the consumption of red meat, processed foods, and sugary beverages. For better and more productive health, there should be more consumption of vegetables, fruits, and nuts as it can help decrease any risk of obesity.

Many doctors believe that good food is clearly differentiated from medicines. They believe in the Hippocrates theory. They felt that food can be likened to a material that can be assimilated only after digestion. Take for instance the air we breathe in.

Many health care institutions looked for better ways to reduce sickness among children and nursing mothers. They decide to educate women in the advantage of taking Fruits and vegetables which will help in the reduction of sickness and stunted growth.

As a matter of fact, the training helped reduced 29 percent stunted growth among children. In Ecuador, children between 6 to 9 months were fed at least one egg per day. Most institutions started promoting a whole good based diet which includes vegetables, fruits, legumes, nuts, eggs, and meat.

THE IMPROVEMENT IN HEALTH CARE INSTITUTIONS

The first step taken in the improvement in most health care institution’s was the adoption of good nutritional diets. Most cafeterias and patients were fed with good foods instead of unprocessed meals.

In New York city the health food initiative explained that the adoption of the new standard can really be helpful in promoting good health across the globe. Due to this information, most health care organizations joined together and banned smoking of cigarette in medical facilities and in the hospitals. This ban was initiated primarily to protect the health of patients and hospital employees.

A ban on unhealthy foods

There were many bans giving by countries like Mexico, the United Kingdom and the United States of America. This ban was beneficial to employees and patients. Their purpose was to inculcate good nutrition to patients and employees so that they can also apply it in their homes.

There was an implementation of farm to hospital programs. These programs were created to educate people and reduce obesity and promote good health. Some food awareness program was adopted by health care institutions so as to recommend good diets.

Physicians helped in the prescription to community workers and health workers and it acted as an innovative approach to kick against lack of nutrition. The patient’s who were faced with obesity, Hiv/Aids also benefited from the organized programs. The food basket shared comprised of vegetable oil, blended foods, staple and Many more.

These programs have been extended to hospitals in the UK and US. Most prescriptions for the promotion of patient’s health were centered on fruits, vegetables and Many more. All these programs were needed to be kept in place so as to reduce chronic diseases and improve health in many countries.

In conclusion, Hippocrates theory really explains why food should be thy medicine and medicine be thy food. The kind of food we eat determines our good health. Before resulting in drugs or surgeries, it is important to monitor our diet. Getting a good diet will help prevent any sickness that may require medicines for cure.

Why should you choose Pristyn Care for LASER Fistula Treatment?

Emma Sturgis Oct 26, 2017 0
If you want to build a better body and improve your overall health, the best way to do so is by building the…

4 Ways Healthcare Has Changed With Wider Acceptance Of Mental Illness

Complete Care: 4 Tips to Coming Back from a Serious Accident

How Smoking Can Cause Cancer?

6 Ways to Best Take Care of Your Dentures

Sweet Without the Sin: Post-Workout Snacks