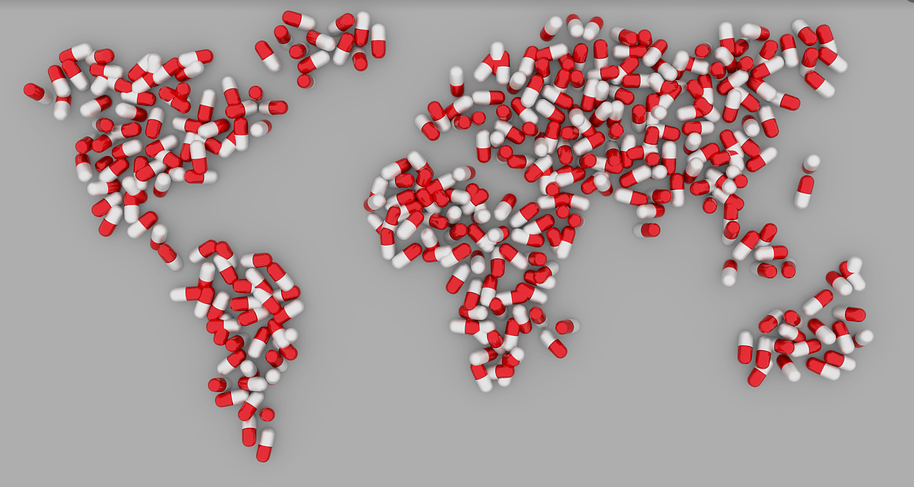 Historically speaking, the pharmaceutical industry can be traced back to two roots. First, local apothecaries expanding to sell not only botanicals such as morphine, but to manufacture medicine wholesale. Second, modern medicine owes a great deal to the process of isolating and synthesizing chemical compounds, credited to German dye manufactures in the 1880s.

Since the 1880s, the production of pharmaceuticals distributed has changed and grown exponentially. From the near extinction of apothecaries as a legitimate source of medical assistance to the quality controls now in place to protect consumers, the pharmaceutical industry has expanded to create a simplified, universally explicable process for creating medicine.

Due to federal regulations, each medicine in the US must be FDA approved before it can be distributed. The process of clearing a new drug takes nearly 10 years, and requires laboratory, animal, and human trials with measures such as a double-blind study in place to prevent danger to the public. Researchers now a days really do all that they can to help make sure their antibiotics are safe.

Today, most medicines are lab- or factory-produced. For example, Insulin can be produced in a lab, from manufactured samples. Capsules are mass-produced via machinery and limited human involvement, a process which can be watched here. Pressed pills are made via metal presses, giving them a perfectly uniform shape, which often contains magnesium stearate as a mixing agent and a lubricant to prevent adherence to factory equipment. Now a days quality control is more carefully monitored than ever, greatly reducing and even eliminating the risk of medicines being falsely marketed.

Today, major pharmaceutical companies create and produce medicines to sell for profit. In medicine there are name-brand products and generic products. Generic products, though some consider them faulty, are not that different from name-brand products. Generic simply refers to the fact that a company other than the original factor made the medication. Due to government regulation, medicine distribution is made safe by the fact that each medicine must disclose ingredients, and have medical research to back any claims they make advertising.

The process of creating medicines has changed drastically over the years since pharmaceutical companies began. Industrialization, a better understanding of health, increased sanitation, and mandatory research have helped the pharmaceutical industry become safer and (as some would say) more profitable than ever before. People can take medicine safely, knowing that it is what was advertised, and that it is safe for consumption.