According to a new study, sleep deprivation in children and teens might be linked to adulthood addiction. Professor Maria Wong, from Idaho State University, Psychology Department, conducted a study on childhood sleeplessness. During this 12 year study she looked in children starting from 3 years old and tracked them all the way in their 20s. 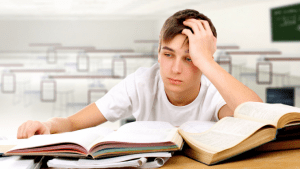 Wong’s study focused on almost 400 individuals from all around the country. The professor visited the children each year or once every three years, conducting interviews with them and their families. The interviews were establishing the participants’ academic performance, relationships, health and drug usage.

How is sleep connected to addiction?

While the study sheds light on the link between sleeplessness and addictions, it doesn’t tell how the two are connected. There are multiple theories on this, one of them saying that lack of sleep leads to a lack of control over your body. According to this theory, when the body doesn’t get enough sleep, it is unable to properly recharge. As a result, the individual becomes anxious and emotionally unstable. In time, this leads to diminished control over one’s thoughts, actions and desires. When confronted with illegal substances, such as meth or alcohol, the individual is more likely to become addicted.

Moreover, drugs usually give the user the impression of more self-control, which makes the individual enter the addiction road, by using more and more of the substance

Some of the participants in Wong’s study developed alcoholism, nicotine addiction, marijuana addiction, heroin and cocaine addictions. In boys, sleep deprivation leads to nicotine and drug abuse, while girls took on alcoholism. All these substances cause significant brain damage and if the individual doesn’t go through a detox, the result is fatal.

Why are children suffering from sleep disorders?

Wong’s study showed that sleep disorders in children are caused by multiple factors. There is a genetic component, but the home environment is highly important. Some of the children in the study had addicted parents, while others lived in insecure, abusive environments, which promote lack of sleep.

Some parents simply don’t understand the importance of sleep. During sleep, the brain regenerates and the synapses between the brain cells are restored, promoting a strong memory and boosting cognitive activity. Children who are sleep deprived can develop mental conditions and behavioral problems, one example of this being substance abuse.

If you notice your child is not sleeping enough, you should address the problem right away. Try to establish sleep routines, which tell the body it’s time to go to sleep. A hot bath, darkness, and silence should promote a good night’s sleep. Encourage the child to read a book or engage in a relaxing activity, without using the TV, phone or laptop.

If your child still has sleep problems, you should look for medical attention.

i am very health conscious and want to aware about fitness as well as about healthy life style.

What you Must Know about Drug Addition

Guidelines Health Nov 21, 2013 0
You would think that the cosmetic companies would have replicated the fountain of youth by now with people all…

Early Dental Habits for Little Ones

If You Aren’t Running Regularly, You’ll Definitely Want Read This

Sympathetic Soliloquy: How to Help Yourself with Self-Talk

EIGHT TECHNOLOGIES THAT CATER TO THE NEEDS OF HEALTHCARE INDUSTRY IN…