The influence of sleep on the effectiveness of weight loss

If you want to slim your figure and cut down the amount of calories consumed in the diet for this purpose, it is also worth taking care of the right sleep, because its quality will largely translate into your success in this venture. 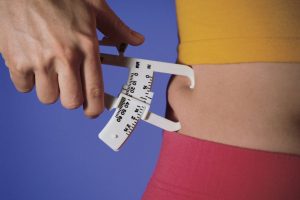 We have known about the connection between sleep and the composition of the body for some time. In one experiment, it was noticed that sleep reduction by one hour each translates into about 3% more fat in the long run.
The hormones of satiety and hunger – leptin and ghrelin – are responsible for this. Here, for the comparison of 8-hour and 5-hour sleep, it was noted that leptin (a hormone responsible for satiety) had a blood concentration lower by an average of 15,5% in the group of subjects, while the level of ghrelin (responsible for hunger) increased by 14.9% on average. Differences are therefore quite significant, and yet 5-hour sleep is a standard for many people. 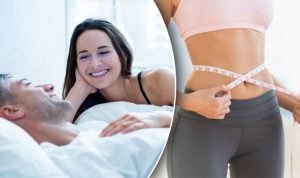 How important is sleeping in the context of everyday kcal showed another test, where students were allowed to sleep for 4 hours at night. This resulted in a spontaneous consumption of an additional 560 kcal in averaging (this value in less than 2 weeks gives an increase in kilogram of body fat) than in the case of a sleep lasting 8 hours. Do you know this feeling when an unrestrained hunger torments you during the day? One of the answers from where such an excessive desire to eat is just too little sleep.

It turns out that not only the feeling of appetite is altered in the case of too short sleep. Researchers conducted an experiment on a group of adults with low overweight. These people consumed meals under strict control for 2 weeks to constantly verify the supply of kcal from food. During the test, the caloric supply was 10% lower than the total amount of kcal consumed by the person for 24 hours. These people were allowed to sleep for 8.5 hours or 5.5 – depending on the group to which they were assigned.

At the end of the 2-week experiment, it turned out that regardless of the time of sleep, these people lost the same amount of weight. However, the difference was in the composition of the body. People who slept shorter had a 55% lower loss of body fat, and a 60% greater decrease in dry body weight (most likely in the majority of muscle tissue). In these people, apart from increased appetite, there was also a higher respiratory rate, which means that shorter sleep time caused a lower rate of fatty tissue oxidation.

It is very important in this study that these people did not physically train, and the supply of protein was very low, at 18% (carbohydrates 48%, 34% fat). Physical strength training and a sufficiently high supply of proteins are factors that inhibit the loss of muscle mass. Nevertheless, even if these conditions are met, the composition of the body would most likely deteriorate over time, as sleep is needed to produce sex hormones, as in men, testosterone, which is associated with the amount of muscle mass.

Sleep plays a very important role in slimming. Facilitates the control of hunger attacks, which allows you to more easily resist temptation during the fat reduction program (these ones have thwarted the holiday form), and also affects the amount of oxygenated body fat and prevent the decline of body weight on which we care.

Protein Shakes Can Make You Fatter – According to a New Study

Guidelines Health Apr 26, 2015 0
It can be thrilling yet terrifying at the same time when you opt to have one of short haircuts. Short hair has…

What Are Corneal Transplants And What They Do?

Biomagnetism and Magnetic Therapy: Are they different therapies?

How Man’s Best Friend Can Benefit From CBD

When is Laser Hair Removal Right for Me?

PTSD – Understanding Its Impact on Your Mental Health