The Opioid Crisis And Your Teenagers

The opioid crisis is something that has currently enveloped the entire country, with unprecedented amounts of drug abuse and death from said abuse. Opioids (including prescription opioids, heroin, and fentanyl) killed more than 33,000 people in 2015, more than any year on record. As an added note, nearly half of those opioid deaths involve a prescription opioid. 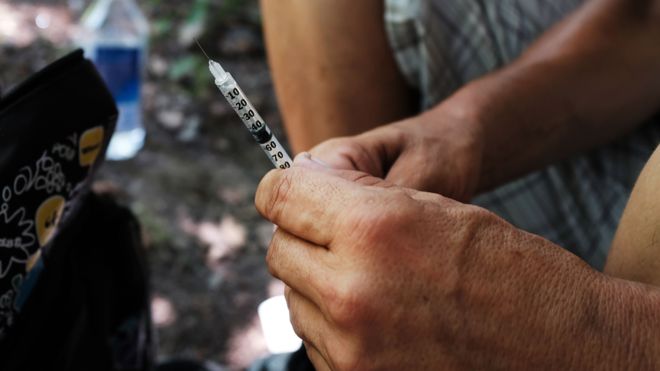 The crisis is showing no favoritism in terms of who is being affected, crossing socioeconomic, regional, and ethnic lines. However, some groups are more vulnerable to have their addictions spiral out of control. It’s important to note that there are teens facing the opioid crisis too. Read on to learn how these situations can go out of control, and what you can do.

Looking At The Stats

We mentioned the total amount of deaths from opioids, and how these are rising. The rate of teen drug overdose deaths in the United States climbed 19% from 2014 to 2015, from 3.1 deaths per 100,000 teens to 3.7 per 100,000. For the most part, the trends here mirror the same trends going on across the country.

These trends fit into the overall picture: “Overdose of opioid pills is the bigger problem among middle age and older age groups, while heroin and heroin contaminated by fentanyl are a huge problem among younger people,” said Dr. Daniel Ciccarone, a professor at the University of California, San Francisco, who studies drug use.

Part of the issue is not the inherent curiosity teens may have about drugs, but the fact that those who choose to indulge the curiosity are going into a more complex atmosphere than their equivalents decades prior. Putting the lens strictly on opioids, here are some of the situations where the opioid use, which has plenty of legitimate medical uses, crosses over into abuse:

What Can You Do?

Of course, if possible, you want to do whatever is possible to avoid having a teenager get involved with opioids in the first place. Many states have programs focusing on prevention, including education on appropriate opioid prescribing, prescription monitoring programs, and campaigns advising parents of teens to lock up prescription opioid medications and dispose of old pills. However, sometimes, these need to focus on certain periods of development. For example, statistics show that youth who begin using substances later in adolescence are less likely to cross over into addiction. Success from these will require states to buy-in in order to reinforce the success.

However, when addiction does take place, it’s important to have both treatment and medication needed in order to help a teenager or anyone else work their way back. Early intervention can make all the difference, but only 1 in 12 teen addicts gets it. Another thing to consider is that youth have different developmental needs than adults. As a result, treating them like adults or in programs designed for adults can often not have the greatest results. Teens are one-third more likely to remain in treatment than older individuals.

Medication also plays an important role. Effective treatment for teens also should incorporate evidence-based medications, such as buprenorphine, methadone, and naltrexone, but often does not. Different healthcare providers in different states have different resources to work with, but if possible, you may want to consider relocation to an area that has the best resources available to use treatment proven to help teens specifically.

Teen opioid addiction may mirror adult addiction, but it also has its own considerations and issues to deal with. The best way to handle the issue, as difficult as it may sound, is not to try and take it on by yourself. With a combination of using help from medical providers and professionals as well as emotional support on your part, you may be able to help your teen get on the road to sobriety. However, you need to make use of all the assets on-hand.

Healing Habits: How to Help Yourself Heal After an Accident

Linda Ward May 5, 2019 0
Hair transplants are life-changing procedures but as with any procedure of this nature, there are side effects…

Why Your Nurse Networking System Matters

Bringing Baby Home: How to Prepare During Your Last Trimester

Bones Feeling Weak? 4 Conditions That You Could Possibly Have

How to Be Okay With Going Bald