Most laymen do not have much of an understanding of Alzheimer’s, one of the most debilitating diseases known to mankind, and this is not helped by the presence of many misconceptions about it. A little clarity on some of the top errors of understanding:

Loss of Memory Is Intrinsic To Aging

While it is true that it is quite normal to face the occasional lapse of memory as a person ages, Alzheimer’s is actually much more than an occasional loss of memory. The disease results in the cells in the brain to malfunction and causes their ultimate death. When this happens, a person suffering from Alzheimer’s may forget extremely simple things such as the directions to one’s own home or the name of a family member. It can often be very difficult to differentiate normal problems of memory from those that should be something to worry about. You can read up on information put out on the Web by the Alzheimer’s Association that will assist you in making out the difference. If you or someone you know is experiencing problems of memory that make you concerned you should definitely consult a doctor. 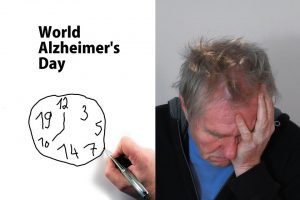 Alzheimer’s Is Not Fatal

While it is true that Alzheimer’s does not directly kill a person, the effect of the disease can be extremely serious. The disease results in irreparable loss of brain cells and is responsible for memory losses, erratic behavioral patterns and even loss of bodily functions. With Alzheimer’s a person can lose his identity, the ability to think, walk, talk, eat and connect with others. Those suffering from Alzheimer’s find themselves in a world of their own in which they seem to be completely helpless and disoriented.

Alzheimer’s Affects Only the Aged

Since the loss of memory is more readily associated with older persons, it is widely believed that Alzheimer’s too affects only people who are aged. However, in reality, this deadly disease has been seen to strike people who are just in their 30s. The population of people suffering from Alzheimer’s is more than five million in the United States alone and out of this more than 200,000 are less than 65 years of age.

During the decades of the 60s and the 70s, it was widely thought that ingesting aluminum was a likely cause of Alzheimer’s. This lead to a situation where people became very wary about  cooking and eating out of aluminum utensils, drinking out of aluminum cans, using antiperspirants and even antacids containing aluminum. However, further research has failed to establish any link between the disease and the common metal, and now nobody believes aluminum to pose any threat at all.

Aspartame Is a Principal Cause of Memory Loss

Aspartame is an artificial sweetener that is approved for use in all foods and beverages by the U.S. Food and Drug Administration (FDA). Over the years a number of health concerns have been raised, including the allegation that it causes memory loss. However, the agency claims they do not have any evidence that aspartame has any properties that have health concerns even after exhaustive laboratory and clinical studies.

A theory was once propounded by an American doctor that taking flu shots greatly increased the risk of getting Alzheimer’s disease. However, on the contrary, a number of studies have been conducted that have concluded that vaccinations, including flu shots, are in fact responsible for better health overall. A 2001 report in the Canadian Medical Journal is of the opinion those who are vaccinated have a lesser risk of contracting Alzheimer’s disease.

Oral Hygiene: How Implants Can Improve your Dental Health

The Fountain of Youth: Natural Skin Care Treatments That Will Keep You Young

Emma Sturgis Oct 17, 2018 0
Most people want to look as young as possible. The easiest way to do that is take good care of your skin.

Things to Do if You Didn’t Get Better Despite Medication

Things You Should Know Before Taking Chiropractic Treatment

Does CBD Oil Make you Hungry

Essentials Every Medical Professional Needs at Their Side

Are you Telling your Gynecologist Everything