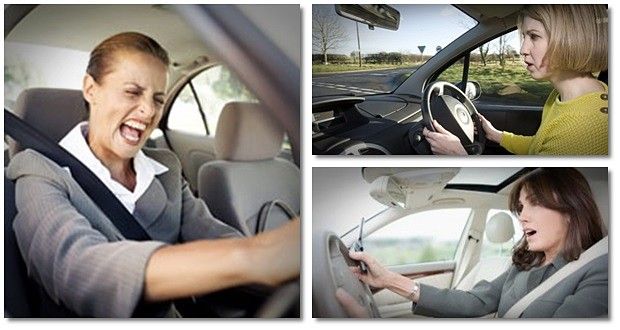 Panic attack or disorder can be treated through self help methods or by a therapy sessions like;

Cognitive behavioral therapy is the most effective treatment for panic disorder, panic attacks, and agoraphobia. It focuses on thinking patterns and behaviors that sustain or trigger the panic attacks. It allows you to understand your fears realistically.

For instance, panic attack while driving; what’s worst would really happen? While you need to pull over to the side, you aren’t likely to crash your vehicle or have a heart attack. Once you understand that nothing really disastrous is going to occur, the panic experience becomes less horrifying.

The sufferer is exposed to the physical sensations of panic in a controlled and safe environment, to allow him/her to learn healthier ways to cope with panic. It includes methods like to hyperventilation, holding breathe or shaking head side to side, or holding the breath. Thus by creating sensations similar to the panic symptoms, each of these exposure, help sufferer to become less afraid such internal sensations and have a great sense of control over the panic.

Medication can temporarily reduce or control some of the panic symptoms. But, it doesn’t resolve or treat it permanently. Medication is only useful in severe conditions; however it should not be considered as the only treatment and is only effective when combined with other methods of 60 seconds panic treatments.

Self Coping Techniques and Tips for Panic Disorder and Panic Attack

In case of agoraphobia, exposure to the situations that an individual avoid or fear is also included. As for specific phobias, he/she need to face the feared situation till the panic stats to go away. By this, the sufferer finds out that the situation is not harmful and that they have control over their emotions.

Caffeine and smoking provoke panic attacks in susceptible. It is wise to avoid cigarettes, coffee, caffeinated beverages as well as medications that have stimulants, like non-drowsy cold medications and diet pills.

Learn to Control the Breathing.

Hyperventilation brings several sensations like tightness and light-headedness of the chest during panic attack. Deep breathing, help relief the panic symptoms. By learning how to control your breathing, you can develop a coping technique that can be used to calm yourself.

Can Fibroids Cause Bleeding And Urinary Problems?

Easy Diabetes Cure – Even a Newbie Can Do It

David Johnson Dec 3, 2018 0
When you are thinking about getting into yoga here are some of the tips for beginners! Being prepared makes your…

4 Steps You Can Take Each Day to Improve Your Circulation

Plastic Surgery for Liposuction: Safe or Not

Top Five Reasons To Use Invisalign