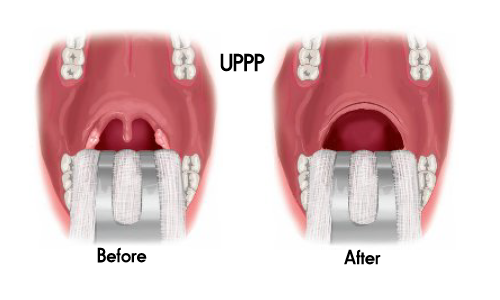 UPPP is shorthand for uvulopalatopharyngoplasty. This is a long word for a surgery where doctors operate on the tissues in the throat. The surgery is most often done because the patient has obstructive sleep apnea. In this condition, the tissue in the mouth interrupts the circulation of air and reduces the amount of oxygen the sleeper receives. This means they wake up many times in the middle of the night gasping for air. They also snore which prevents their bed partner from getting a good night’s sleep. Though they don’t remember waking up, patients with sleep apnea still do not achieve restful sleep. The removal or remodeling of the uvula, tonsils and soft palate allows for more air to circulate.

The preparation for the surgery begins well in advance of it. The surgeon examines the patient and takes their medical history, which includes asking them if they’ve ever had surgery on their mouth or throat before and if they are currently taking any medications or supplements. If the patient is a good candidate for the surgery, they will be asked to stop medications and supplements that can interfere with healing for at least a week before. These include blood thinners such as aspirin. The nurse gives the patient instructions concerning what they should do in the days and hours before the operation. The patient will need to fast overnight before the morning of the surgery, though they can drink water.

The patient is placed under general anesthesia through an intravenous medicine and inhalation. Their mouth is held open with retractors. During the first step, both tonsils are removed if the patient still has tonsils. The doctor may also remove the patient’s adenoids, which are a pair of glands near the tonsils in the upper part of the throat. After this, the uvula is removed. This is the little bit of skin that hangs down at the back of the roof of the mouth. The surgeon may do this part of the surgery with the help of lasers, which incises the uvula while cauterizing the blood vessels to prevent excess bleeding. The uvula may also be only trimmed if it is unusually large. Part of the patient’s soft palate is also remodeled to make more room in the mouth. The surgical wounds are then closed with absorbable sutures. The patient will not have to return to the doctor to have the removed. The surgery lasts about an hour.

After the surgery, the patient is wheeled into the recovery room. After they wake up, they are given an analgesic in liquid form. Most UPP patients spend a night in the hospital, though some stay as long as two nights. While they are in the hospital, they’re monitored and given pain medicines as needed. Unfortunately, when it comes to UPPP, pain meds are very much needed. Just about every patient who posts reviews of their UPPP admits that the pain was severe, and for the first few days after the operation even swallowing their own saliva was challenging. Of course, the pain wears off eventually but not fast enough.

Some patients also need a CPAP breathing mask for the first few days after they come back from the hospital. This makes sure that they get enough air. Ironically, the tissues in the throat and mouth swell and narrow the airway as they heal. An ice pack applied to the throat helps with the pain.

Most patients are able to return to work after about two weeks, though it can take as long as a month and a half for the surgery to heal completely. But during that time, they will notice that they are able to breathe better and that their sleep is more restful after the pain of the surgery wears off. Their bed partner may notice that they no longer snore.

While they convalesce at home, the patient should try to get as much sleep as they can, and sleep with their head elevated. All that’s needed is to pile three or four pillows against the head of the bed. They can also try to sleep in a reclining chair. They should try to walk some every day but avoid strenuous activity and take their usual shower or bath. They will need to eat soft foods such as puddings or scrambled eggs for a while, and avoid any type of food that high in acid, such as orange juice. They should drink lots of fluids, but avoid those that are very hot or very cold, though many patients are soothed by sucking on ice chips.

Since the patient was under general anesthesia, constipation may be a problem. The doctor may prescribe stool softeners if they’re needed.

The patient must not smoke and should consult their doctor about when to resume their medications and supplements.

Dr. Ran Y. Rubinstein, founder of the Hudson Valley Sinus Center, is a board certified ENT and plastic surgeon. He is not only board certified by the American Board of Otolaryngology-Head and Neck Surgery and the American Board of Facial Plastic Surgery but is a member of the American Society for Laser Medicine and Surgery and the American Academy of Rhinology. An expert in head, neck and facial plastic surgery, he is available for consultations for patients in the Newburgh, New York area who are interested in UPPP to resolve their sleep apnea and other breathing problems.

Back-Breaking Injuries: How to Naturally Take Care of Shoulder and Neck Pain

The Difference Between Casts & Splints in Cosmetic Surgery

How to Avoid Fatigue During Pregnancy

Guidelines Health Dec 31, 2013 0
A common side effect of pregnancy is fatigue, which tends to occur during the first trimester and again as the…

What to Do When Your Regular Exercise Routine Turns Painful

Things That Need To Be Considered While Choosing A Health Insurance…

Which are the best herbal sex pills and how do they work?

HOW TO USE KRATOM DEPRESSION AND ANXIETY: A COMPLETE GUIDE