What are the Health Effects of Drug Abuse

The fact that alcohol and drugs can have adverse effects should not come as a surprise. Although at times it gets difficult to avoid the use of these substances, they can drastically change your life, everything from body to your financial status. The health side effects are something that you do not want to experience. There are the short-term and the long-term, the mild and the severe health effects. Without further ado, let’s have a look at some of them. 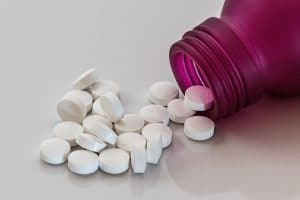 This is mostly associated with cigarette smoking. The act has been connected with the neck, mouth, stomach, and lung cancer. Even worse; the condition can affect non-smokers. The passive smokers are exposed to the risk of developing lung cancer among other issues.

Males who have used marijuana for an extended period especially during their adolescence are at risk of developing testicular cancer in their old age. Drugs that are associated with this effect are tobacco, marijuana, and steroids.

Studies have shown that most drugs can damage the cardiovascular system. The effects include heart attack and abnormal heart rate. Also, there have been cases of vein rapture and bacterial infections in the heart valves and blood vessels which are associated with inject-able drugs. Drugs linked to cardiovascular effects include; marijuana, cocaine, heroin, inhalants, tobacco, prescription stimulants, and steroids just to mention a few.

You have probably heard of kidney failure. It is a common condition, and although all cases are not as a result of drug abuse, a large number of it is. The problem can be acquired directly or indirectly. The symptoms include increased body temperature, dehydration and muscle breakdown. The main drugs believed to cause this are steroids, heroin, ketamine, and inhalants.

Substance abuse can cause a variety of respiratory effects. For example, cigarettes have proven to cause lung cancer, bronchitis, and emphysema. Marijuana, on the other hand, has shown to cause chronic bronchitis while smoking crack cocaine causes lung damage and other respiratory harms. Opioids affect the breathing pattern and block the lungs. Other drugs linked to respiratory damage include; PCP, ketamine, heroin, and inhalants.

Continuous use of substances such as steroids, inhalants, and heroin may cause significant liver damages. The situation even gets worse if they are combined with other drugs such as alcohol.

Several types of research have shown that some drugs may lead to fetal harm including low birth weight, premature birth, and miscarriage. What’s more? Some can affect the baby’s cognitive behaviors. The baby could also be born dependent on these substances if the mother has been using them regularly. The condition is also known as neonatal abstinence syndrome. The drugs linked to this problem are nicotine, marijuana, inhalants, cocaine, and heroin.

The health effects are endless, and these are only a few of them. If you are on drugs and unable to stop the habit, do not wait until your health is at risk. Get professional help and do away with drug abuse before the problem gets out hands. Take the right step and enroll in a rehab center. Begin the search today to find the best facility near you by searching online and check on review sites such as https://www.findrehabcenters.org/washington/olympia/capital-recovery-center/ and get started. Good luck!

Experiencing Tooth Decay? How to Find out if You Need a Root Canal

Misty Jhones Jul 13, 2016 0
Drug addiction is a disease that passes through various stages as it develops. Before diagnosing the cause of the…

5 Ways to get a Good Jumpstart in your Medical Career

Chiropractors have the expertise to treat health issues

HOW TO FIND A BEST NEUROSURGEON

When the Unthinkable Comes: 4 Tips After a Serious Accident