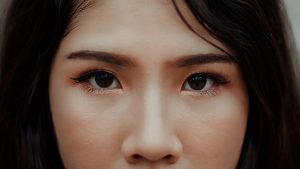 The human facial frame consists of the sinus cavity which is a hollow air space within the eyes, cheeks, and forehead. Mucus within the cavity helps to keep the nose moist, and that helps protect against dust, allergens, and pollutants.

According to WebMD, the sinuses are even responsible for the depth and tone of the voice. In total there are eight sinus cavities that are paired with one of each to the left and right side of the face. Sinuses that are able to drain are able to remain ventilated and less likely prone to infections. The purpose of the sinus, when open in the nasal cavity is to generate mucus to keep the nose from drying out during breathing and to trap materials so it does not reach the lungs.

The sinus cavity consists of two cavities in the forehead, two in the cheekbones, two between and behind the eyes as well. The locations on the face are also known as the Frontal, Ethmoid, Sphenoid, and Maxillary.

When any of these areas become inflamed it can be known as sinusitis. Sinusitis affects approximately 13 percent of adults in the U.S., whom 16 percent are women and 10 percent are men.

Many may describe symptoms of congestion, thick mucus discolored, facial pressure, and decrease in smell or taste. According to the Balloon Sinuplasty article, less common symptoms are:

There are many people who suffer from narrow sinuses. If the tissue in the nose becomes swollen due to allergies, cold, or environmental factors it can block sinus passages. The narrowing spot also called the “ostium” is a transition space. It is responsible for the drainage.

When the passage is blocked, the sinuses cannot drain which causes pain. If blockages are present during the transition of any parts of the sinus cavity, mucus could back up. Obstruction flow of the sinuses could lead to infection and inflammation. If it is an acute sinus issue it typically lasts less than 4 weeks. If it is a subacute issue it lasts generally around 4-12 weeks. A chronic sinus issue that lasts more than 12 weeks is known as chronic sinusitis.

In recent studies, more than 8 million people seek medical attention for chronic sinusitis. There are medical treatments that can help people who suffer from sinusitis. The process is known as Sinuplasty.

Sinuplasty is ideal for those who suffer recurring bouts when traditional medicines like nasal steroids or antibiotics that do not work. In 2008, Dr. Rubinstein was one of the first ENT (Ear, Nose,& Throat) in Hudson Valley to introduce his patients to the balloon sinus procedure. The procedure uses an enclosed designed tiny catheter that is inserted through the nose. It travels through the nose until it reaches the sinus cavity that’s blocked. From the catheter, a small balloon is slowly inflated. As it inflates, it increases and reshapes the wall of the sinus passage.

The treatment is appealing to those who do not want the traditional sinus surgery, which requires cutting of the bone and mucous membrane that can cause bleeding and scar tissue. It is a minimal procedure that is usually known to be invasive with no cutting of nasal tissue or bone. The process consists of a soft flexible guidewire inserted into the blocked sinus.

The balloon is advanced over the guidewire and is inflated to gently expand the sinus opening. Fluid is sprayed into the infected area to flush out pus and mucus. The system is removed, leaving the sinus open. The mucus is being drained from the blocked sinus, so it can restore normal sinus drainage and bring relief to the sinus pressure. The procedure can take place in an office under local anesthesia with oral sedation. There are some surgeons that may prefer that the procedure take place in a hospital or surgery center.

According to the published clinical data, the balloon sinus procedure provides relief in nearly all patients. Generally, patients can get back to normal activities quickly.

Also, patients that participated in a multi-center study saw sinus symptoms improved from 95% out of 1,036 participants. Many patients can even find money relief through insurance companies. Due to the nature of the procedure, most insurance companies and Medicare provide coverage. There are even some eligible patients that can get the procedure done for a low cost if it is performed in a setting where the cost of care is lower, like a physician office.

95 percent of patients who have undergone the procedure said they would have it done again and more than 500,00 patients have been treated by a physician with the balloon sinus technology.

Dr. Ran Y. Rubinstein is the only ENT sinus specialist in the Hudson Valley who has a fully certified in office surgical suite for patients who prefer general anesthesia for a safe, convenient, and private setting. He is board certified by the American Board Facial Plastic Surgery and Otolaryngology-Head and Neck Surgery.

Your Hospital is Incomplete without EHR—here’s why

4 Reasons You Should Look Forward to Your Retirement

Emma Lawson Jun 26, 2017 0
Retirement may not seem like the most thrilling time of your life, but the truth is quite the opposite. With an…

How to Deal with Unpaid Medical Bills?

Free Yourself From The Stronghold Of Addiction Through Rehabilitation…

6 Tips About Pregnancy No One Else Will Tell You

How Losing A Pet Can Affect Your Health

Bottled Water vs Tap Water: Which is Better for your Health?