What Men Should Know About Prostate Cancer

Prostate cancer is the highest cancer risk for men, and the likelihood of developing it increases with age. The majority of cases are detected in men 65 or older, and African American men are more likely to develop it. Overall, one man out of nine is estimated to be diagnosed with prostate cancer. 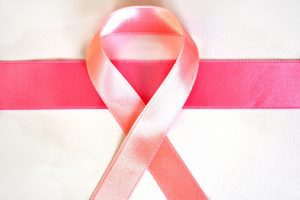 Prostate cancer is the second most common cause of cancer-related death in men, with lung cancer being No. 1, largely due to smoking. Roughly 1 in 41 men die from prostate cancer. These are some alarming numbers, especially considering that prostate cancer often gets relatively little attention in the public eye. Fortunately, while it’s a serious disease, most diagnosed men avoid dying from it. Through healthy living, early detection, and proper treatment, it is possible to greatly increase the odds of successfully combating prostate cancer.

Unfortunately, there is no conclusive way to prevent prostate cancer, and it’s instead recommended that men concerned about it take steps to improve their overall health. This involves limiting fatty foods and dairy products while increasing intake of fruits and vegetables. Maintaining a healthy weight and exercising regularly will reduce general risk for illness. For those who believe themselves to be at a higher risk for prostate cancer, due to family history or other factors, consult a doctor for further advice.

The risk of developing prostate cancer begins increasing at age 40, and keeping a close watch for it is the best way to combat it. There are some tests that alert doctors to the possibility of prostate cancer, but a proper exam must be performed to know for sure.

A prostate-specific antigen (PSA) test can be done to determine the likelihood of prostate cancer. PSA is a substance made by the prostate gland, and a small amount can be found in blood. Having a higher than normal amount in the blood may be an early warning sign for prostate cancer, but doctors often recommend repeating the test, as many factors can affect PSA levels. A digital rectal exam (DRE) can also be performed and may find prostate cancer in men with normal PSA levels. If the results of any tests are concerning, a doctor will recommend a prostate biopsy.

If discovered, doctors will typically schedule an mri for prostate cancer screening to determine the extent of its development. An MRI may also be used to diagnose a prostate infection or other abnormalities. Some MRI exams may require injections, specific diet instructions, or other procedures.

Treatment methods will vary depending on the severity of a case. For Stage 1 patients, where the cancer is small and has not grown outside the prostate, active surveillance may be the first recommendation. This is especially true for those who are elderly or who have other health problems that could shorten their lifespans. For those who wish to proceed with treatment, radiation therapy is generally recommended.

Stage II cancers are larger but have still not grown outside of the prostate and are more likely to cause symptoms if not treated. Active surveillance is still a possible recommendation for these patients, but a combination of radiation and hormone therapy is much more likely.

Stage III cancer has grown beyond the prostate but has not yet spread to lymph nodes or other organs. This stage will often be treated with radical prostatectomy, or surgery to remove the prostate and surrounding tissues. This may also involve removal of the pelvic lymph nodes and may be followed by radiation therapy. Cancers in this stage are more likely to resurface even after treatment.

Stage IV cancer has already spread to the lymph nodes and/or distant organs and is generally incurable. The disease can still be treated with the goal being to maintain as high a quality of life as possible. Treatment options will include all of the previous, with the potential for additional surgery or procedures to alleviate pain.

Men over 40 should consult regularly with a doctor for help while pursuing a healthy lifestyle and detecting potential prostate cancers as early as possible.

Avoiding Mistakes After an Injury

Brighten Your Skin with These Top Unrevealed Tips

Churchill Otieno Feb 16, 2016 0
If you prefer to whiten your skin, then there are tons of products both homemade and cosmetic that will…

How to cure eczema through natural home remedies

Equine healthcare as per the five most common diseases that affect…

4 Helpful Techniques That Can Aid Male Fertility and Sex Drive