When Should You Decide On Visiting An Allergist?

A physician who specializes in the treatment and diagnosis of asthma and other allergic diseases is referred to as an allergist. A three-year training program in either pediatrics or internal medicine is necessary to become an allergist. Along with it, another 2-3 years of immunology or allergy is required to become an expert in the field. In the end, the physician also needs certification from the American Board of Allergy and Immunology.

There are a number of triggers or allergens that cause these allergic reactions which include,

The immune system in some people overreacts to some commonly harmless substance (which is called an allergen) and in reaction to that allergy symptoms are seen in them. The symptoms of allergies or asthma may take some time to develop. These symptoms become frequent, and the sufferers may start getting used to symptoms like wheezing, sneezing or nasal congestion. A significant amount of planning is required along with patience and skill to combat allergies and asthma in patients. The allergist’s role lies in the development of a treatment plan to enable the patient to lead a symptom-free, normal life.

Reasons for visiting an Allergist

Before undergoing a treatment of allergy, the initial step would be to figure out the reasons behind the allergy. So allergy testing is performed on the patients experiencing allergy symptoms. It may have a variety of side effects which in the case of skin tests, can be itching and swelling. In blood tests, the side-effects range from pain or bleeding at the needle marks to even fainting during the test.

In one of the two types of skin testing for allergies, firstly a suspicious spot that holds the possibility allergen presence is scratched from the skin surface on the back of the forearm. Subsequently, doubtful allergens are tested and in the case of allergy, swelling and redness is seen at the test spot. In another type of skin test, some suspected allergen is injected into the arm or forearm.

Even though blood tests involve one-time needle usage, but it takes a longer period to get results. Blood tests are even costlier in comparison to skin tests. Blood tests can be helpful in finding the following types of allergies.

Two principal methods of treating allergies are Immunotherapy and medication.

It is a preventive treatment for allergens such as house dust mites, grass pollens, and bee venom. It involves a gradual increase in the dose of allergens, to which the patient is allergic. This increment gradually makes the system insensitive to the allergen and ultimately making the body produce antibodies to block them. It reduces inflammation in case of asthma and rhinitis. There is a slight danger of anaphylactic shock involved in immunotherapy.

Most common allergy medications used for controlling allergies are,

How Your Skin Changes During Pregnancy and After Pregnancy? 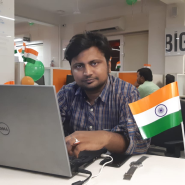 Everything You Need To Know About Benefits of Vitamin K2

4 Ways The Medical Field Is Embracing All Kinds Of Technology

Select the Perfect Neurological Bobath Tables that meet your needs