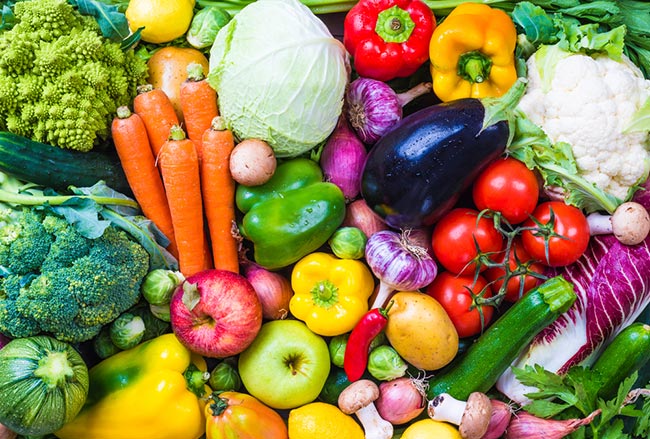 Being a vegan is surrounded by numerous myths and misconceptions. This depends on a person’s level of understanding and belief of who a vegan is. For some people, this could go beyond what a person eats to avoiding animal products, ingredients from animal products among other values. However, this is an individual choice steered by personal factors. Numerous paths lead to veganism. Nonetheless, there are some common reasons raised by vegans as to why they chose the path. The reasons are debunked below:

Health and nutrition
This has been identified as the main influential factor that steers people to be vegans. Many people take great caution when it comes to matters affecting their wellness. Several stories and notes about the bad effects of eating animal products have been published. Additionally, there are tremendous stories about the long-term positive impacts of staying a vegan. Artery clogging, harmful fat deposits, and other diseases have been associated with eating animal products. These are among the factors contributing to a vegan feed.

Environmental protection
The green movement and activism towards environmental protection have been on the rise. This is due to the impacts of climate change in the universe. Vegans argue that animal farming, especially in industrial setups contributes immensely to environmental pollution and degradation. The urge to seek an eco-friendly lifestyleand healthy eating habits is one of the main rationale behind a vegan lifestyle.

Moral values
This is thought to be among the initial reasons why people adopted a vegan lifestyle. Long before the introduction and use of health and environmental reasons of being a vegan, many people opted to be vegans solely due to moral reasons. This encompasses the compulsive care and protection for animals. According to this fold, they feel that it is not morally upright killing animals for food. This extends to unexplained religious reasons.

An alternate method of slimming
Animal products are adversely associated with excessive unhealthy fat deposits under major organs in the body and the skin. This leads to obesity and other associated conditions. Especially with the modern genetically modified foods, obesity, and food related conditions including carcinomas are on the rise. Many people opt for this path in a bid to retain or gain a slim body.

A method of combating world hunger
Hunger and malnutrition are the common epidemic around the globe. Detailed research indicates that at least 70 percentage of the world population relies on livestock and animal products. On the contrary, animals are fed with cereals, legumes and vegetables. Huge amounts of plant products go into feeding animals. This is a continuous viscous cycle revolving among humans, animals and plants. Vegans argue that the food fed to animals should instead be fed to humans, which may turn out to be the best way to eradicating hunger.

It is delicious
The other reason steering a vegan migration is the belief that any other product apart from animal products is delicious. Vegans oppose the critique that they are retiring their taste buds quite early by arguing that their food is simply delicious when properly cooked. Taste is subjective to individual opinions more rather than actual comparisons.

Gross meat
Some vegans argue that meat is often contaminated with blood, bodily fluids, and fecal matter. Due to this, they consider the meat gross and find it poisonous. However, they fail to recognize that all organisms have a normal bacteria in the body referred to as “normal flora.” This bacteria does not harm the body on its normal habitat. However, altering the environment of the organism may result in infections and harm from the normal flora. The normal flora found in meat is therefore not harmful for consumption.

Logical reasons
Some people use their just and rightful decision-making process to justify their path to being a vegan. However, this does not rule out the above-explained reasons as being not logical. With this, individuals argue that they turn vegans just because it is their choice; they perceive it as being beneficial to their wellbeing, good for animals and better for the overall planet.

While most people like animal products, the increasing rate of vegans is unswervingly nothing to be astonished at. The above-highlighted reasons are the major factors that lead to an increase in vegan population. However, the imagination of a totally vegan world should be interesting and amusing. As every person holds on to his/her beliefs and values, the discussion on who is right or wins in this matter cannot be judged. Therefore, it is important that each and every person considers his/her ideologies right and believes what they want to.

What is Iridocyclitis? How to get it treated?

Get A Perfect Smile With Teeth Whitening Treatment

How Can Dentists Be More Mindful of Patient Needs?

Emma Sturgis Aug 23, 2018 0
The best and most capable dentists out there are the ones who truly care. They’re the professionals who go…

How to Safely Make the Most of a Healthy Savings Account

How to Get Rid of Smelly Feet

3 Things You Should Know Before Filing a Medical Malpractice Lawsuit