The different stages of teething can prove difficult for both parents and the child, however, there are several ways of comforting the child until the parent can find the most effective one. There are basically five different stages a child must pass through during teething, these are:

At the age of zero, babies are born with a set of twenty teeth located right beneath the gums. They are normally referred to as the milk teeth and the reason being that the teeth are not visible and the baby is being fed with milk. At this stage, there may not be any serious teething symptoms that may force the baby to drool, however, occasional discomfort may be noticed as the baby may suddenly develop interest in putting virtually anything in his or her mouth, just to feel comfortable and relieve discomfort. At the first stage of teething, it is quite common to see baby chewing on their own fingers or on the fingers of anyone who carries them.

When the baby attains the age of 6, the first teeth erupts and this is the first visible teeth in the baby’s mouth. The first set of teeth to come out are the upper and lower front teeth, which are also the incisors. The signs of discomfort may begin earlier than when the teeth come out, and before this set of teeth erupts, the edge of the teeth beneath, which is bumpy, can be felt close to the gum surface and the baby begins to chew on anything (including the hands, toys) at this stage it is important to provide the baby with the clean, and safe chewing device to provide relief against the pressure because such devices can relieve the pain and also distract the baby.

In the second phase of teething, there will be an increase in the baby drooling, hence it is important to wear a bib on the baby to keep him or her clean and dry, and it also helps in preventing the development of rashes. Putting a bib on the baby will also keep their clothes dry and the baby will remain comfortable. Aside from putting a bib on the baby, it is important to watch the baby and guide him or her against chewing on any item that can cause any form of damages. Hard objects including toys with harp edge or removable components, must be removed from the vicinity of the child, to prevent any form of injury to the teeth or mouth.

The third stage of the teething which is between the 10-14th month is the period when the primary Molars appear- these are located in the upper and lower regions of the jaw and close to the back of the mouth. Though this stage is quite similar to the second stage, the main different is that there is an increase in stooling, alongside an increase in the urge to chew on anything. As the mother, you don’t have to be surprised if there is an increase in crankiness, diarrhea, loss of appetite and sometimes, mild fever. This is perhaps the most difficult period of the teething phase for the baby because the baby’s sleeping pattern or schedule is interrupted and both the baby and parent may lose some sleep.

When the pain becomes severe and the baby is facing so much discomfort, there are some recommendable over-the-counter that physicians do recommend to parents. Aspirin is never recommended to young ones below the age of 16, likewise, no medication must be administered on the baby without the recommendation of the physician.

This is the stage of teething that occurs within the 16th -22nd month of birth of a baby. At this stage, the baby will develop canine teeth that are located at the upper and lower teeth set and in-between molars and incisors. These set of teeth will erupt and they will become visible at this stage. Once again, it is important to keep the baby comfortable with the right teething object.

In the fourth stage of teething, the drooling and discomfort witnessed by the baby will reduce significantly, likewise the aggressiveness at which the baby want to chew on something will also reduce. In some cases, the mother may be advised by physicians to bath the baby before bed time to induce sleep. Mot symptoms of tougher discomfort only last for few weeks and the baby may start getting use to the teeth development thereafter.

The fifth and the final stage of the teething process is often referred to as the ‘revenge of molars”. This stage usually occur within 25 and 33 months. These molars are usually the largest and many babies will find their eruption very uncomfortable and most parents admit that the fourth stage of teething is the most worrisome stage. Parents will also discover that one process that remained soothing was no longer so. As a parent, you need to ensure that you keep trying all methods recommended by the physicians that can provide some soothing comfort for the child however, the use of pain relievers such as Aspirin are never recommended.

One of the best recommendable options of providing comfort for a teething child at this stage is hard vegetable such as whole and peeled carrots but you need to monitor the baby to ensure that he or she does not get choked. You need to ensure that the baby does not chew on any sharp object that can cause injury at this stage. Similarly, a parent that gets to understand and identify these symptoms are their early phases can seek the advice of the physicians quickly before the symptoms become too unbearable for the baby.

6 Tips About Pregnancy No One Else Will Tell You 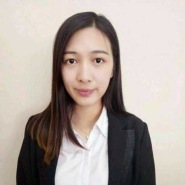