Got Latex Allergy? Here Are Some Condom Alternatives You Can Try

Rundown On All Non-Latex Condom Alternatives On The Market 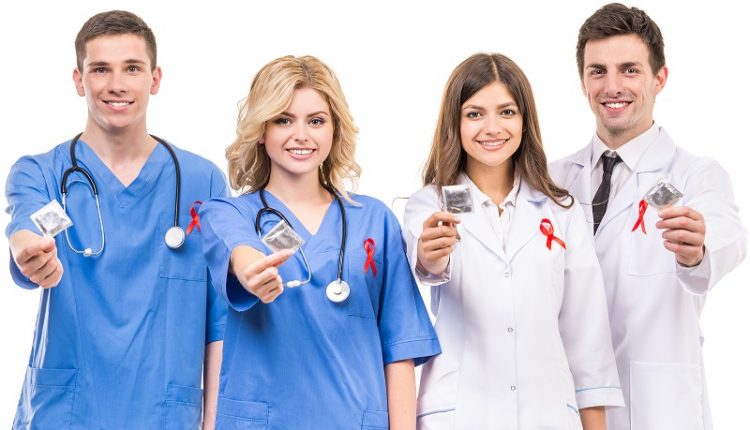 Latex allergy occurs in people who are sensitive to the proteins that are found in natural rubber latex. Those who have mild allergy experience annoying but non-life threatening symptoms, including a runny or stuffy nose, itchy skin, and hives.

Those who have severe allergy, however, can have difficulty breathing and extremely low blood pressure when they’re exposed to latex.

If you or your partner have latex allergy, one of the things you might struggle with is using a condom. A lot of condoms in the market are made of natural rubber latex, so putting them on is definitely a no-no for you. Fortunately, there are alternatives that you can explore, such as the following:

These are the most popular alternatives to latex condoms and are widely available on the market. They’re less elastic than latex products and not as form-fitting, although these factors don’t really impact the condoms’ overall performance.

In fact, many men like these condoms since these transfer heat very well, which results to more pleasurable sex. Polyurethane products can be used with oil-based lubes.

Polyisoprene is a new material that was developed in laboratories. It’s actually a type of latex, but it’s engineered in a way that removed the specific proteins that cause allergies.

As a result, polyisoprene condoms have the natural feel of latex and provides optimum comfort to the wearer — without putting people at risk of allergic reactions.

They’re stronger than traditional latex and less prone to breaking, although they should be used only with latex- and silicone-based lube. Oil-based lubrication can damage polyisoprene and make it ineffective.

These are actually made from sheep intestines (not their skin!) and are a natural alternative to latex condoms. Lambskin condoms have gained numerous fans, who love the thinness of the condoms and their heat conduction ability — which both contribute to a more pleasurable experience. Some users even feel like they’re not wearing anything, which adds to the intimacy of the moment. Environmentally conscious people will appreciate the fact that lambskin condoms are biodegradable and won’t add to the world’s landfills. The downside is that they’re more expensive than other condoms and have a strong, distinct smell.

Male condoms are not the only barrier contraceptives available since you can also opt for female condoms. These are made of nitrile and are completely latex-free, and they’re shaped like a sheath with a nitrile ring on one end and a polyurethane ring on the other. Female condoms work regardless of penis size, making them ideal for men on either end of the size spectrum.

Aside from choosing the right alternative to latex condoms, you should also keep the following tips in mind:

Having latex allergy should not stop you from enjoying life. With the wide range of non-latex condoms available on the market, you can prevent pregnancy and protect yourself from STDs while enjoying sex at the same time.

Tyler Snider is a blogger from Slovenia who likes to write about health
related topics. He studied economics but later found his passion in writing and
making Wordpress themes.

6 Ways Your Dentist Can Make You Look Better

5 Questions to Ask Your Plastic Surgeon before Your Cosmetic Surgery

Sarah Williams Jul 19, 2019 0
How many times have you heard someone chatting about the fantastic time they had running on the treadmill that…

Some Shampoo Types that Work Best For Scalp Eczema

Beauty Tips For Keeping Your Skin In Immaculate Condition

5 Ways to Motivate Yourself to Go to the Gym

The Gut-Brain Connection: What You Need to Know