The average life expectancy for men is five years shy of their female counterparts, with some correlating the difference to the predominately male penchant for a life full of risky activities. In reality, no hard and fast reason from a physiological perspective exists that can fully explain the gender longevity gap. However, a myriad of studies point to a glaring issue in the world of men’s health: the allusive doctor’s visit. 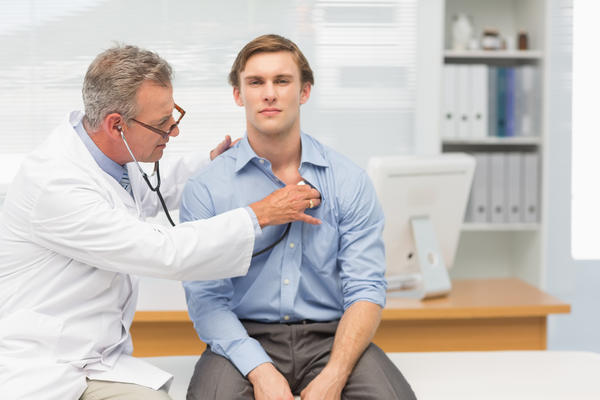 Reasons Behind the Avoidance

A dominant script is read over and over in a man’s mind: masculinity, defined as being the epitome of strength, having a quiet calm and a high degree of self-reliance, is the path toward respect and ultimately, status. While this narrative serves men well in some instances, focusing on living up to the highest level of masculinity as it is defined by societal norms can be disastrous to one’s health. Manning up often leads to avoiding regular visits to the doctor’s office – and sharing half truths when an appointment does take place.

Numerous research studies have linked men who buy into the traditional narrative of masculinity and its perceived importance with a reduced inclination to seek out medical care. Steering clear of the doctor’s office did not only take place when preventative care, such as an annual physical, was in play; men who follow the masculinity script also have a tendency to delay medical attention when an injury or illness takes place. Research shows that individuals who believe less in conventional masculinity norms have less hesitation in seeking out medical care on either a preventative or emergency basis.

How To Keep Your Hair Strong

Additional studies have shown that when do make it to the doctor, certain predispositions guide their actions. For instance, one study revealed that men who believe being highly masculine is a necessary part of their lifestyle prefer male providers over female providers, based in part on a certainty that the former is a more competent group. Masculine men flock to male doctors if and when they receive medical attention.

Oddly enough, the study uncovered a difference in the way male patients share information based on the gender of their doctor. Patients were found to be less likely to divulge details about their personal health history and current symptoms to other men for fear of being perceived as weak. When in front of a female provider, despite the belief that they may be less qualified as their male counterparts, male patients had a higher likelihood of being open and honest about their medical conditions.

The avoidance of preventative care or delay in seeking medical attention when an injury or illness takes place leads to an overall decline in men’s health across the board. Adding in the reluctance to share truthful information about symptoms and concerns creates unstable ground for both the patients receiving care and those providing it. Without full disclosure, patients stand to miss opportunities to prevent further illness or injury, ultimately resulting in a shorter, less healthy life.

Miscommunication between providers and patients also leads to a number of issues that could have devastating effects. A representative from a medical solicitor firm explains that the chance for medical mistakes taking place during a course of treatment are far higher when communication is lacking between the provider and the patient. Whether it is staff-to-staff, staff-to-patient, or patient-to-staff, miscommunication is most often the result of discomfort. When patients are not clear about what’s plaguing them, mistakes can go unchecked for a substantial period of time. These mistakes, including errors in diagnosis and prescribed treatment plans, can have fatal implications when not brought to the attention of a doctor in a timely manner.

Breaking the cultural script afflicting the male population is not something that can be accomplished quickly. However, having an understanding of the preferences and tendencies of men as it relates to their healthcare may lend a necessary hand in closing the gender longevity gap. Men should feel comfortable accessing both preventative and emergency care and view a visit to the doctor’s office as a sign of strength, not weakness. Doing so offers the chance to get the treatment necessary to avoid prolonged symptoms, resulting in fewer complications along the way.

Four Conditions that Rear an Ugly Head Before 30

Lada Endresen Mar 16, 2016 0
The word cancer makes us frown. And the truth is, it may affect you or the ones you love leaving your personal…

The 5 Best Ways to Take Care of your Oral Hygiene

When is Divorce Better than Staying Married

Is Your House Making You Sick? 4 Ways To Avoid Potential Home Health…

4 Healthcare Tips for Residents of a Small Town

How Reparative Surgery Can Change the Lives of Children with Cleft…

How to Choose the Best Toothbrush for Your Child