Some Foods To Avoid Whilst Pregnant 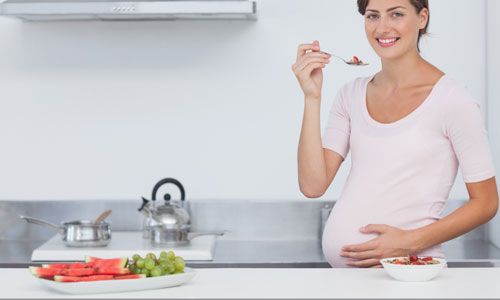 Foods you should avoid during pregnancy

Mould ripened cheeses and soft cheeses which have been made with unpasteurized cows’ or goats’ milk are foods to avoid whilst pregnant, because they carry the risk of being infected with listeria. Although listeria is rarely found in these cheeses, if an infection occurs in a pregnant woman, the symptoms can include stillbirth, miscarriage or severe illness in the fetus. All types of pâté, including vegetable pâté should be avoided during pregnancy, because these foods also have an increase possibility of the presence of listeria bacteria.

How to Get Free OB/GYN Care

Pregnancy & Addiction: What You Should Know

Raw eggs are another one of the foods to avoid whilst pregnant. Whenever you are eating eggs, you should ensure that they are cooked thoroughly, because raw eggs are more likely to contain the salmonella virus, which can induce severe vomiting and diarrhea. Foods which contain raw eggs, such as mayonnaise, are also a risk.

Raw, rare and undercooked meats are all foods to avoid whilst pregnant. Undercooked meat can contain toxoplasmosis bacteria, which could be very harmful to you or your baby whilst you are pregnant. If you are cooking for yourself, make sure that all meat is served piping hot, and that there are no traces of pink juices or blood in the meat after it has been cooked. If you are eating out, you should take particular care when ordering steak, lamb or duck dishes, which are often served rare. You should also be aware that some burger establishments serve their burgers pink in the middle. Meals which contain cooked liver, such as liver sausage should be avoided, even when they are completely cooked, because the vitamin A content is too high. Too much vitamin A can be harmful to an unborn child.

Shellfish and some types of fish

Some shellfish or other larger types of seafood are considered foods to avoid whilst pregnant, because they can accumulate large quantities of Mercury or other impurities. Animals which filter seawater, as many shellfish do, can be affected by any pollution in the waters where they lived, and may be full of harmful impurities. Mercury can harm the development of your baby’s nervous system so foods which may contain higher levels of mercury should be avoided. The fish which contain the most mercury are the ones at the top of the food chain, such as shark, marlin and swordfish. Tuna can be eaten in limited quantities.

The Benefits Of Prenatal Yoga

Is It Safe To Drink Coffee While Pregnant?

Emma Sturgis Oct 20, 2018 0
Even as beautiful fall weather and colors begin to make their appearance, the prospect looms of cold, cloudy,…

Through the Looking Glass: 4 Blinding Signs You Need an Updated…

Herbalife Receives High Reviews From Across The Globe

What are the Pros & Cons of Using Kratom For Losing Excessive…

How to Buy Quality Cbd Products- These 5 Savvy Ways

Toenail Fungus Tips – A Few Ways To Prevent It