Why Some Women Have Excessively Small Breasts? 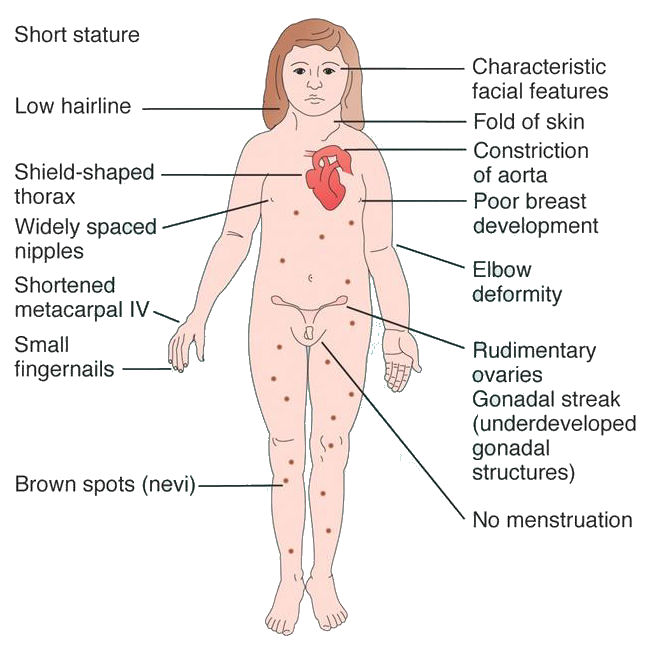 It’s natural that size of breasts will differ from one woman to another. However, it looks a little weird when women have flat chests or their breasts are excessively small.

Earlier, experts used to believe that it either happened randomly or due to genetic factors. However, over the years clinical studies have identified some specific reasons behind underdeveloped breasts in women; and genetic factors do feature in that list. In this post, we will be discussing about factors that play key roles in preventing breasts from growing normally. Read on to know more.

Genetic factors: A woman may have excessively small breasts due to breast hypoplasia; this term refers to underdevelopment of breasts due to genetic or familial causes, without having any link with any clinical cause. Anomaly in body fat distribution is a problem that runs in the family. This genetic factor can be responsible for underdeveloped breasts in women.

Ovarian agenesis or Turner’s syndrome is a genetic condition affecting one in every 2,500 girls. Women suffering from Turner’s syndrome don’t have the normal pair of X chromosomes. This anomaly makes these women suffer from a number of symptoms; one of the most prominent ones among them is severely underdeveloped breasts.

Vitamin deficiency: Vitamin (or mineral) deficiency that leads to stunned growth of a woman’s breasts is not always triggered by poor diet. The potential causes of such deficiencies include heavy menstruation during adolescence, sudden growth spurts, too much consumption of fast food and so on.

In such cases, a woman’s body tends to start distributing the resources to deal with more serious issues taking place in her body instead of concentrating on the breasts. This, in turn, often ends up preventing growth of the breasts.

Hormonal Imbalance: If hormonal imbalance is responsible for halting growth of breasts, it usually causes occurrence of several other prominent symptoms such as hirsutism (excessive hair growth on a woman’s body and face) and acne.

When hormonal imbalance is the reason behind underdeveloped breasts, the woman in question might either lack hormones necessary for growth of breasts or have excessive amount of the hormones that stop breasts from growing; the two issues can also occur together making the problem worse.

Girls who get their first period late often have extremely small breasts; the medical term used for this problem is delayed menarche. Underdeveloped breast is also a common problem among women experiencing heavy periods or irregular menses.

Emotional issues: It’s not possible to point out any single emotional problem that can prevent growth of breasts. In some young women, severe depression or a lasting scar in a teenagers mind might stop breasts from growing properly.

Energy blockages: Breast growth can also be hindered due to energy blockages. Chinese medicine informs us about five different types of movements. Each of these movements complements each other.

A person might experience different physical or emotional symptoms if the harmony between these movements is not maintained. For instance, women have excessively smaller breasts when they lack vitality or energy.

Other causes: Women suffering from eating disorders such as bulimia and anorexia often have under grown breasts. Excessive weight loss, irrespective of whether it’s intentional or unintentional, often ends up shrinking breast tissues in women.

The problem can be dealt with by following a healthy diet plan and performing certain exercises. Ideally, women with underdeveloped breasts should include eggs, vegetable oils, chicken and seafood in their daily diet. They should sleep well and drink plenty of water. Exercising regularly is also extremely important; however, one should never overdo it.

In addition, there are some supplements and massage creams/oils that if used properly can give women much fuller breasts.

Prenatal Checkups - What Can I Expect?

The author runs a health blog www.AyurHealthTips.com and is known for writing informative and neutral reviews of health supplements, healthcare products and health tips.

Guide to Safe Exercise for the Expectant Mother

Death in the Kitchen and Restaurants : Listeriosis

Cold or Flu? What to Do When Your Baby Gets Sick

Eating for Two: How to Create the Perfect Pregnancy Diet

What to Do When Your Regular Exercise Routine Turns Painful

How The Recumbent Bike Exercise Make Your Life Long?